Cobb Galleria Centre in Atlanta recently welcomed the 20th Junior Theater Festival, the world’s biggest and best celebration of young people performing musical theater attended by approximately 6,500 performers from across the United States and beyond. 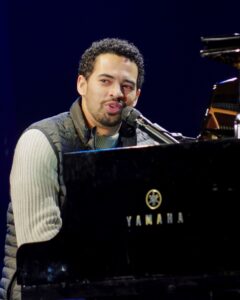 What started 20 years ago as an event with 650 attendees has grown through the years to have a tremendous economic impact on the area, with attendees and their families filling up an estimated 7,000 hotel room nights throughout the three-day event. Cobb Galleria Centre’s exhibition halls are transformed into a 6,000-seat Broadway theater for the weekend.

“These students and teachers are not just the future of musical theatre, they are musical theatre. Their positive impact is huge. They chart cast albums, they sell out shows. They introduce so many to musical theatre through their own productions and they continually evolve this art form through their storytelling,” said Timothy Allen McDonald, founder and CEO of iTheatrics and the Junior Theater Group, which produces the international Junior Theater Festivals. “After 20 years of this festival, we’ve seen what prioritizing the arts can do for individuals, communities, and musical theatre itself, and we understand the importance of giving theatre kids the opportunity to be in the company of thousands of other people who care just as much about this art form as they do,”