One Member, One Vote Corrects Change In The Industry The Last 20 Years

Randy Brown, CFE, serves as executive vice president and general manager of the Allen County War Memorial Coliseum in Fort Wayne, Indiana. Brown has also served as IAVM chair and carries the credentials to speak about the change he has seen in the industry in the last 20 years.

“The lines between an IAVM Professional member and an Allied member have blurred over the last couple of decades,” Brown said. “Many 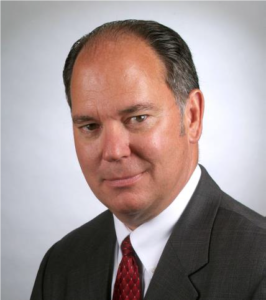 of our Allied members are operating venues. They are decision makers when it comes to public assembly venues.”

This is Brown’s way of saying that One Member, One Vote, an initiative that followed extensive study, review and open discussion over the last two years and which was unanimously voted on by the IAVM Board of Directors to bring forward proposed changes to the bylaws that would make the Association more inclusive and diverse in its decision making, is an initiative whose time has come.

“It has been a long time in coming,” Brown said. “With so many more people now decision makers, by nature as such it is right to give them a voice in the management and operation of our Association. It’s the right move at the right time.”

As a means to incorporate the perspective of all IAVM members, these changes would allow every member of IAVM equal opportunity to engage in the Association through the right to vote. These proposed changes must be approved by two-thirds of the current voting members of IAVM.

Brown mentioned other categories of IAVM members who also currently lack the approval to vote, as based on current bylaws. These include Retired members, a category that Brown will fall into one day.

“How do you take somebody that has been a Professional member of the Association for four or five decades and just say that effective tomorrow or at the end of the week that they have nothing more to contribute?” Brown asked. “Every member is a contributing member at some level of our Association.

“It’s a fairness issue but it’s really a matter of we have this group and this resource as an organization, so why wouldn’t we take direction from the best and the brightest that have been part of the Association for decades?”

Indeed, passage of the vote would constitute change from the norm, but Brown said that there is no reason to fear change, at least as far as One Member, One Vote is concerned.

“You don’t do things the way you did 20 years ago,” he said. “We certainly don’t in our venues. The same has to be said for the Association.”

The voting period remains open now so please look in your email inbox for the ballot if you have not already cast your vote.