Back in May, we reported on the upcoming retirement of industry icon Kevin Twohig, CFE, the man who for the last 16 years served as chief executive officer of the Spokane Public Facilities District. Twohig’s impact carried far beyond his Pacific Northwest corner of the world, however. Most notably, Twohig’s involvement with IAVM’s Venue Management School (VMS) at Oglebay goes far back. While it is difficult to pin down exactly where his greatest influence to an industry he loves so much can be found, certainly those weeks spent every year in the rolling hills of Wheeling, West Virginia, qualify high at the top of the list. 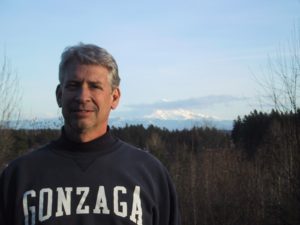 Manager magazine. There, I found Twohig to be welcoming, accommodating, and mostly proud of the venues that comprise the Spokane Public Facilities District, including the Spokane Veterans Memorial Arena, Spokane Convention Center, and INB Performing Arts Center.

Ever the gracious person, Twohig recently took time out of a busy schedule to answer a few questions surrounding his career and retirement.

When is your last official day?

Your thoughts on Stephanie Curran stepping in to the position to succeed you.

Stephanie emerged from a pool of more than 100 candidates as the best choice to fill the position. I’m very proud of the work she has done at the PAC and the Spokane Convention Center and expect she will be a great leader for all of the facilities and our District employee team. Steph has shown a very well developed skill set and has been active in IAVM for many years. She has great communication skills which has led to a good rapport with the District Board.

What is next for you? Where will you live and what will you be doing?

My wife and I have grandkids in Vermont, and a second home in Phoenix where I still have family. We love to remodel and have a never ending list of projects. There is golf to play and places to visit that have been on the list for quite a while.

Was now just the perfect time for you to step down and why?

I started realizing about 18 months ago that it was time to consider a change. As everyone who has been in the seat knows, these jobs are 24/7. I love the challenges and the people, and have become adept at dealing with the problems and the politics. But it does take a toll and I want to get out of the top seat while I still enjoy the industry. Projects have been a special focus for me. Having a great team to operate the venues and great GMs has allowed me to focus on some great projects in and around our venues.

What are some career highlights, if you can somehow make the answer manageable after earning so many accolades?

Working on the Spokane Veterans Memorial Arena project and helping to develop a facility that really works.

Assembling the team, developing an unique operating model, and selling the model to the Board when the District took over the operation of all three facilities.

Changing the Spokane “skyline” with major additions to the meeting, entertainment, and sports facilities in the community.

Chairing the Venue Management School and being part of the team that launched the Graduate Institute.

Receiving the Charles A. McElravy award.

I’ve had some amazing opportunities with USA Volleyball including attending four Summer Olympic games and recently with the U.S. Air Force.

We are proud to report that most recently Twohig led an expansion of the convention center and a series of improvements to the Veterans Arena. In May, he won Visit Spokane’s Leadership Excellence in Tourism award, which honors “significant achievement and historically significant contribution by someone who has impacted Spokane’s tourism industry for more than 10 years.”

Congratulations on a distinguished career, Kevin. You deserve all good things that have happened in your illustrious career and that are sure to follow you in your newest chapter of life.