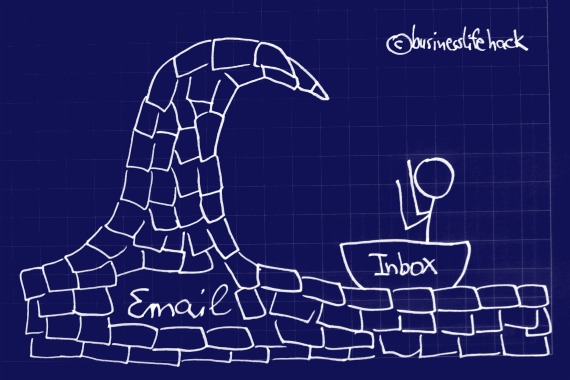 Forget wrath, greed, sloth, etc. These are the seven sins updated for an always-on culture that likes to keep its social media close and its email closer.

“Back in the dial-up era, when going online had a cost implication, most people checked email maybe once a day and often responded as soon as they read them,” said Dr. Emma Russell, a psychologist from Kingston Business School in England. “Now, with broadband and 3G, unlimited numbers of messages can be streamed through smartphones at any time of the day or night. However many of us haven’t adapted our behavior.”

Responding to emails on your off hours is one of the sins.

“This puts pressure on staff to be permanently on call and makes those they are dealing with feel the need to respond,” Russell said. “Some workers became so obsessed by email that they even reported experiencing so-called phantom alerts where they think their phone has vibrated or bleeped with an incoming email when in fact it has not. Others said they felt they needed to physically hold their smartphone when they were not at their desk so that they were in constant email contact.”

1. Ping pong – constant emails back and forth  creating long chains
2. Emailing out of hours
3. Emailing while in the company of other people
4. Ignoring emails completely
5. Requesting read receipts
6. Responding immediately to an email alert
7. Automated replies.


How many of these sins are you committing?