Steedman, who will continue to be based out of Los Angeles, will retain his current title of Chief Operating Officer, overseeing the division’s 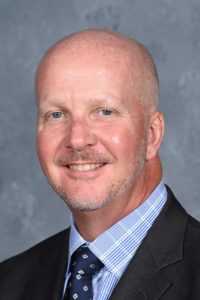 LOS ANGELES, CA – MAY 08: at The Novo on May 08, 2018 in Los Angeles, California. (Photo by Adam Pantozzi/AEG via Bernstein Associates Inc.)

financial, content development, operational, commercial, and human resources functions. With his promotion, his responsibilities will now also include driving innovation in the areas of revenue enhancement, business intelligence, digital and social marketing and technology enhancements to AEG’s global family of venues. He also will increase his role in domestic and international business development.

“Chuck has been a significant driver in AEG Facilities’ recent and thoughtful expansion into several new markets and territories including our Latin America initiatives most recently in Brazil, Uruguay and Argentina,” Newman said. “This expanded role will further capitalize on his leadership and drive for innovation enabling AEG Facilities to continue delivering the best fan experiences at our venues across the globe.”

Prior to assuming the COO role with AEG, Steedman served as Senior Vice President and General Manager of the company’s properties in Hartford, Connecticut, while also spearheading the organization’s growth in Latin America. He has also served in executive roles in professional sports (Boston Red Sox), resorts (American Skiing Company) media (Resort Sports Network and Raycom Media) and college athletics (University of Connecticut). “I am incredibly excited to expand my role within AEG’s network of world-class venues,” Steedman said. “I am very excited to work with our talented global team and delivering the very best amenities for fans.”

A native of East Brookfield, Massachusetts, Steedman graduated from the University of Massachusetts (Amherst) with a Bachelor of Science degree in Sport Management and an MBA from the McColl School of Business at Queens University in Charlotte, North Carolina. Steedman and his wife, Lisa, reside in Pasadena, California.