by R.V. Baugus
#aegfacilities, smg
Comments are off

AEG Facilities, the venue management subsidiary of AEG, and SMG, an Onex portfolio company, announced they have signed a definitive agreement to merge. This combination will create a new, standalone global facility management and venue services company that will operate as ASM Global (“ASM”). Onex and AEG’s subsidiary will each own 50% of the company following the completion of the transaction. The terms of the transaction were not disclosed.

ASM will be headquartered in Los Angeles with key operations based in West Conshohocken, Pennsylvania, a suburb of Philadelphia. Led by the most experienced team in the industry, the company will operate a diversified portfolio of arenas, stadiums, convention centers, and performing arts centers, with more than 310 venues across five continents.

Wes Westley, Chief Executive Officer and President of SMG, said, “This merger is a major step for our industry. We are excited 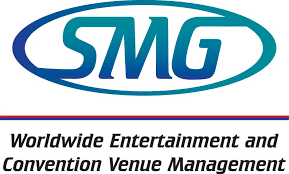 to bring together these complementary businesses to further elevate the standard of excellence in venue management. We plan to accelerate innovation by combining our expertise to deliver increased value and offer enhanced capabilities to municipalities and venue owners worldwide. At the same time, we expect that this transaction will offer employees at both our corporate headquarters and field operations tremendous new opportunities.”

Bob Newman, current President of AEG Facilities and formerly a Regional Vice President at SMG, said, “It is an honor and privilege to be a part of this exciting new company, which brings together the two organizations where I have worked for the bulk of my professional career. This transaction draws upon the depth of our combined talent and resources to create an organization that will deliver value and long-term success, as well as innovative services to our clients around the world.”

Following the completion of the transaction, Newman will be named President and CEO of ASM. Westley will join ASM’s Board of Directors, where he will actively support the merger integration.

Dan Beckerman, President and Chief Executive Officer of AEG, said, “AEG Facilities has flourished under Bob’s leadership since it was established a decade ago and this combination will position ASM for growth by joining the resources and talents of these two companies. ASM will offer an impressive array of capabilities that will accelerate the development and deployment of new services and bring diverse business, sports and entertainment experiences to municipalities, partners, and fans around the world.”

Amir Motamedi, a Managing Director of Onex, added, “With Wes at the helm, SMG became a gold standard in venue management. We are grateful for his stewardship over the last 25 years and look forward to his continued involvement on the board. Looking forward, we are thrilled to be partnering with Bob Newman and the talented AEG team to create a larger, more diverse company to better serve ASM’s clients.”

AEG will retain ownership of its real estate holdings outside of this venture, including its entertainment districts and owned venues in Los Angeles, London, Hamburg, and Berlin, as well as its extensive development, sports, music, and sponsorship divisions. Onex is contributing its entire equity investment in SMG into the merger. The transaction is expected to be completed later this year subject to customary closing conditions and regulatory approvals.

Please follow IAVM for further updates and comments regarding the merger.