by R.V. Baugus
#aegpresents, #arnaudmeersseman
Comments are off

AEG Presents, the live music division of global entertainment company AEG, announced the opening of their first office in France. The creation of an AEG Presents office in the country builds on their already impressive track record in the UK and marks a key expansion into one of Europe’s most important and vibrant markets for live music. Operating out of Paris, the team will be led by leading promoting executive Arnaud Meersseman, who will report directly to the CEOs of AEG Presents London, Steve Homer and Toby Leighton-Pope.

Meersseman’s career in live music promotion began in 2004 and has seen him work with some of the leading music promoters in France, 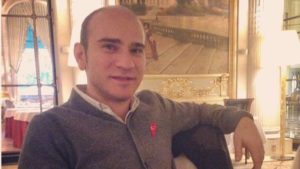 staging shows for the likes of Kendrick Lamar, Lana Del Ray, Major Lazer and A$AP Rocky. In 2016 he became Managing Director of the MIALA/Fimalac group. He begins leading AEG Presents France effective immediately with a remit to develop and grow a promotions business centred on the thriving French music scene, while at the same time actively supporting AEG’s international roster of touring artists.

Since entering the UK market more than a decade ago, AEG Presents have built a strong presence across concert touring, festivals and venues. In 2017 alone, AEG promoted over 800 live events in the UK. Through festivals such as Barclaycard Presents British Summer Time Hyde Park, AEG has brought a new level of world-class talent and outstanding customer experience to this world-renowned central London location. The venue portfolio for AEG Presents includes the iconic Eventim Apollo in Hammersmith (jointly owned with partner, CTS Eventim). Through a multi-million pound refurbishment completed last year, AEG Presents continues to proudly deliver a level of excellence across the live event space in the UK to meet, and often exceed, the needs of today’s music fans.

Steve Homer and Toby Leighton-Pope, joint CEO’s AEG Presents, said The live music scene in France is incredibly vibrant and one “we very much admire and it’s a real privilege to be able to set up our Paris office. In Arnaud we have a highly experienced leader and look forward to achieving great things together.”

“I’ve worked with Toby and Steve since they became involved in Rock en Seine and I’m very proud and excited to become part of the AEG Presents team with this new venture,” Meersseman said. “I have always considered AEG to be best in class in developing venues and festivals that both meet the needs of today’s consumers and in the development of the Hyde Park festival build something truly befitting of the London Park, I am looking forward to taking this passion for excellence into the French market and I’m confident we can do some excellent work with both international and French artists as the new office gets underway.”