by R.V. Baugus
#2026fifaworldcup
Comments are off

FIFA has decided on the 16 cities that will host the 2026 World Cup in the United States, Mexico and Canada, with President Gianni Infantino outlining the goal that by the time of the tournament football will be “the No. 1 sport” across North America. 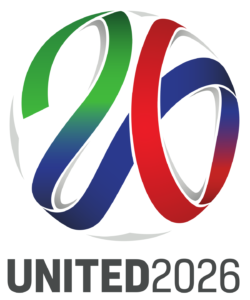 bidding stages for the national team showpiece with 44 cities and 49 stadia across the three countries.

It has now been decided that the first edition of the World Cup to feature 48 teams will take in the following cities and venues:

Estadio Azteca will create history as the first stadium to be part of three World Cups, having been the focal point of Mexico’s staging of the 1970 and 1986 World Cups.

Vancouver has made the cut having only been added to the list of potential host cities in April. Vancouver became the third Canadian city in the running, alongside Toronto and Edmonton, with Montreal having withdrawn from the process in July 2021. Vancouver, Canada’s third largest city by population, initially declined to apply in 2018 to host any 2026 games because of uncertainty about cost and FIFA being able to change the venue agreement without consultation.

The ‘United 2026’ bid landed the World Cup in June 2018, having seen off competition from Morocco, receiving 134 votes to the African nation’s 65. At that time, the United 2026 bid featured 23 stadia across 23 candidate host cities.

“It’s a historic day for U.S. Soccer and the entire American soccer community, from every corner of our grassroots all the way to the pros and our national teams,” said U.S. Soccer president, Cindy Parlow Cone, after the announcement. “Together with our good friends in Canada and Mexico, we couldn’t be more excited to work with FIFA to host what we think will be the greatest World Cup in history.”

Yon de Luisa, president of the Mexican Football Federation (FMF), commented: “Having a World Cup in Mexican lands will also allow us to give greater strength to Nuestro Fútbol and to inspire more followers of the Mexican national team, which will return to experience in 2026, after 40 years, the biggest event of our sport.”

Nick Bontis, Canada Soccer president, added: “The competition for venue selection was the most robust in FIFA’s history. Today’s success is a testament to the cities, provinces, and federal government’s commitment and dedication in pursuit of hosting the most prestigious single sporting event in the world.”

Infantino said FIFA is looking forward to working with the host cities to deliver what he said will be an “unprecedented FIFA World Cup and a game-changer as we strive to make football truly global”.