Gomes previously served as the General Manager of the Edmonton EXPO Centre. In his new role, Gomes will provide strategic 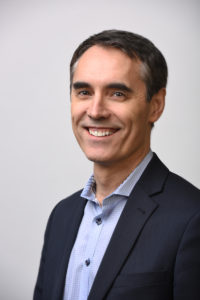 oversight over the Edmonton EXPO Centre and Edmonton Convention Centre, ensuring both venues continue to operate as best in class while maximizing the economic and community benefit to the City of Edmonton.

“I’m thrilled Arlindo has accepted the role of Vice President, Venue Management,” said Derek Hudson, EEDC CEO. “His experience in the fields of live entertainment, sports, and venue management will be a major influence on the ongoing success of both venues.”

“It’s an honor to be trusted with the stewardship of these two venues,” Gomes said. I look forward to working with both teams at the Edmonton Convention Centre and Edmonton EXPO Centre to build upon the strong reputation and success of both venues while driving efficiencies and operational excellence.”

Gomes has more than 25 years of experience in the sports, entertainment, and venue management industry. He began his career at the Edmonton Convention Centre, was instrumental in the integration of the Edmonton EXPO Centre within EEDC, and was the creative mind behind many of the new events introduced at the facility.

Richard Wong, General Manager of the Edmonton Convention Centre, has formally resigned his position to pursue another opportunity. For nearly two years, Wong provided exceptional leadership and stewardship of one of the city’s most iconic facilities, recognized as one of North America’s top performing venues in 2018.