After a pandemic-induced pause in plans, the Fort Worth City Council has approved $52 million in federal American Rescue Plan Act (ARPA) funds to support the first phase of planned expansion of its city-owned convention center (FWCC).

The $500 million expansion, which had been planned for several years to accommodate larger conventions and group meetings, was about to begin with robust funding from hotel occupancy taxes when the COVID-19 shutdown began in 2020.

“We had our first meeting with the design review committee in February 2020, and then two weeks later, 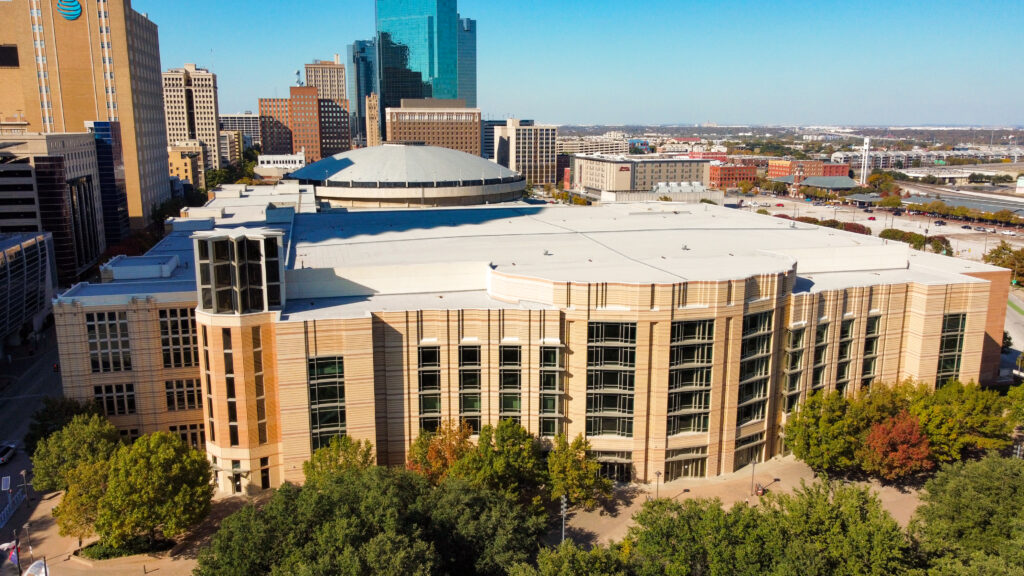 our plans were shelved indefinitely,” said Mike Crum, director of the Public Events Department for the City of Fort Worth. “With this kickstart in ARPA funds, we can revisit the design with new insights from meeting planners on what they and their attendees now expect from a venue in terms of overall experience.”

The expansion project will take place in two phases. The first phase prepares the venue to operate during the second phase. It includes the construction of new Food & Beverage facilities, the relocation of a city street (to create a site for a future convention hotel) and the re-building of the FWCC loading docks. This phase is fully funded and expected to begin in late 2023.

The second phase of the project will include the demolition of the 1968 FWCC arena and creates 97,000+ of total exhibit hall square footage, additional flexible meeting rooms, a new 60,000 square foot ballroom, and renovation to the current facility, which was previously expanded in 2002-03. This phase will be funded when hospitality taxes recover to the point where they can support the issuance of $450M in debt to fund the construction.

“The group meeting business has categorically changed in the past two years,” Crum said. “We may be adjusting the design plans to meet different needs than the initial plans of more ballroom and exhibit space, i.e., a broadcast studio to conduct hybrid meetings or other technology assets like virtual reality that are becoming an expectation, not an optional add-on.”

Andra Bennett, APR, is Marketing Communications | Public Events Department for the City of Fort Worth.