ASM Global, the premier venue management and services company, announced the addition of Drew Gershenson to their team in Oklahoma City as Director of Programming for Chesapeake Energy Arena. In this position, Gershenson will oversee and coordinate all aspects in the facility booking process for the NBA arena. 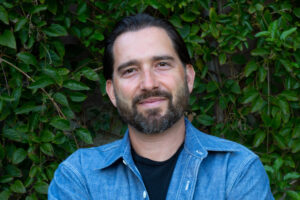 City,” said General Manager Chris Semrau. “His knowledge and expertise with touring events will lead our arena to be the must-play facility in the region.”

Gershenson joins the OKC team with an extensive history in the live event industry. He has spent the past nine years with Live Nation Touring, most recently as a Senior Tour Director overseeing all aspects of the touring cycle from routing and offers to onsales and settlements. Previously within Live Nation, he served as a Tour Director managing numerous large-scale tours, including oversight of the day-to-day operations of Guns N’ Roses’ Not In This Lifetime Tour, assisting in making it the third highest grossing tour of all time. With Live Nation, he has also served as a Project Manager and Assistant Tour Representative.

Prior to his time with Live Nation, Gershenson worked with The Agency Group assisting agents with numerous client needs, contracts, and department coordination. In 2008 he co-created the Rothbury Music Festival (currently known as the Electric Forest Festival) and oversaw the festival’s sustainability program in 2008 and 2009. He also co-founded an event production company, RavingLaCapital, in Bogota, Columbia in 2007.