“We expect for this session to be as current and topical as possible,” Jabbour said. “We have folks who are really, really pros in this 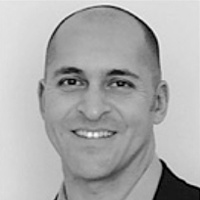 area. We will be getting perspectives from local to regional to national, from public to private, hometown security, physical security threats, cybersecurity at facilities, just lots of incredible and valuable information for attendees.”

Jabbour oversees team projects providing Gate 15’s threat-informed and risk based approach to analysis, preparedness and operations in support of private sector and government partners across the critical infrastructure environment, including support to the several information sharing and analysis centers. He also presently serves as a member of IAVM’s Venue Safety & Security Committee, as faculty for AVSS, as well as serving as on the InfraGardNCRBoard.

“We’ll talk about the big events that has gotten everyone’s attention, such as the tragedy in Las Vegas on the 1st of October,” Jabbour said. “It made the whole community stop and think about why this happened and how this happened. We’ll also talk a lot about some common concerns of low-tech terrorism and extremism that are more likely to be created around a facility.

“The implication is that most of the people attending won’t necessarily be dealing with a catastrophic incident like we saw in Las Vegas or the church shooting in (Sutherland Springs) Texas. It would be on a much smaller scale but still very impactful such as a deliberate vehicle ramming. Facility leaders need to look to their neighbors and related facilities to understand the importance of local coordination and to know what’s going on in the neighborhood. We’ll talk about all of that.”

Jabbour said that there is an increased integration of technology such as cybersecurity.

“You’re now blending your physical security person with a cybersecurity person,” he said. “It is important to understand this new blended environment and to try and gain an appreciation for these different disciplines that might be under your operations.”

“We want to help venues understand the threat environment, the risks to their facilities, and hopefully give them some nuggets to take away so that they can take action, whether that is a training program or some type of exercise or building a plan or reaching out to their neighborhood partners. We want them to walk out understanding the threat, appreciating the risk, and then go out and do something to get ahead of those concerns.”