by R.V. Baugus
#drberticeberry, #womeninleadership, IAVM, VenueConnect
Comments are off

Bertice Berry, PhD, a best-selling author, award-winning lecturer, and sociologist, understands the challenges women face in aspiring to leadership positions. She also knows well the ramifications that businesses make should women not be given the opportunity to attain those higher positions.

As part of her Women in Leadership keynote, titled Putting You Center Stage, Berry will tackle many of those issues that women 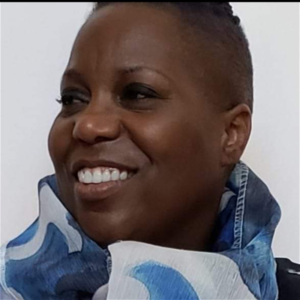 confront as part of their chosen vocations. In the case of the public assembly venue world, she calls women in leadership critical and crucial to the advancement of our communities.

There is much more that Dr. Berry will discuss in this keynote that benefits both male and female genders. The session also cuts across all sector types, so plan to arrive early for a seat to hear from this expert in the field.

Before VenueConnect in Chicago, Dr. Berry spent a few minutes talking about some of her keynote.

The title for your keynote is quite intriguing. Let’s start by asking how women do attain center stage status?

The tendency for women is to shy away from leadership, interestingly enough. I find it kind of ironic that women have no problem standing up and accepting the responsibilities of a given position, but not necessarily the role.

Do you find that more women are attaining executive management or leadership status today based on qualification and skill set than might have been the case just a few years ago?

Women have had the skill sets and qualifications for years. I think men are accepting the role of promoting more women. If you ask any woman in leadership, she hasn’t celebrated anything. With the accolades and everything, there is a tendency to not to want to outshine or make anybody feel bad. The change that’s happening ironically is men who have daughters are looking even a few years back and saying we’re not going to succeed without having more women in these roles because we (women) are the ones making the purchase decisions. We need to have our leadership look like our clientele. Men are moving out of the way or stepping aside and saying let me guide you. Women, what we have to do is step up and recognize we deserve it and have for a long time but it just wasn’t there.

What are some challenges that still might be holding women back from reaching their true potential?

Again, I would say that a number of women don’t deserve the good they have attained. There is a concept that says we achieve because of love but you don’t deserve it and you think at any point somebody is going to recognize that you don’t really belong there. If you have a bunch of people around you who are not sure who they are or what they do then they won’t feel like they deserve anything. That is pretty much everywhere, but for women in this industry multiply it by a thousand. Everyone at the end of the day wants to know that they did a good job,

How do you see the role of women becoming more prominent in our venue management world which traditionally has been a male-dominated one?

Everything is happening all live. We are the keepers of social events. It doesn’t matter where I come from, whether I am black or white, gay or straight, Democrat or Republican, we all want to see the same thing and enjoy it. You in this industry bring us together. Women have to be an integral part of that. You have women in the household making 90% of the purchasing decisions. If that decision is not represented on the other side of that interaction, then they are going to lose. You have to consider that the role of a woman has to be considered in the events, in the experience, in all of that. It is not just inevitable but it is necessary … it’s happening in every other industry and in this one it will have to happen just for survival sake.

Their will obviously be a large number of women in your audience for this session. What would be your desired main takeaway for them as they return to their venue or business?

All of this is for all of us, but the thing I really want people to understand is none of this means if I have 80% we have to fight over the other 20%. It means the more we create for everybody the more we have created for all of us. It doesn’t take a leadership position away from a man because a woman gets one. It opens up many, many more leadership positions everywhere. The way my mother would say it is if you are trying to make a peach pie and you don’t have enough peaches, put some apples in there. You’ve got a whole other pie! Now you’ll have people calling and asking for the peach apple pie. The more great people you put into leadership the more there is for all of us to have to go around. I have never done a presentation when there weren’t men in the room. More often than not, they are already the good men who know and understand all of this.