Are These the Best Seats in the Stadium?

by Jason Hensel
sports, stadium, technology
Comments are off 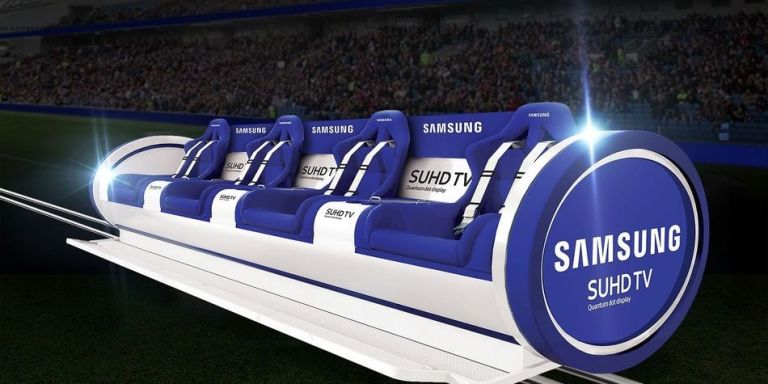 If you’re sitting in one of these four available seats, I’d argue that yes, they are the best seats in the stadium.

The Samsung Slider will debut at the HSBC London Sevens at Twickenham Stadium (May 21-22) and will move fans up and down the touchline.

“Featuring a ‘revolutionary aluminum technological design,’ Samsung’s specially designed sliding bench will be fitted onto a track that runs the entire 100-meter length of Twickenham’s playing field, giving four lucky fans the chance to stay close to the action throughout the entire game,” Trevor Mogg reported for Digital Trends. “And with a top speed of 20 mph, they should be in for quite a ride.”

The slider has already seen action in Australia in 2014 during a rugby match.

Securing a sliding requires an entry in Samsung’s online contest. And look, a video!