Bill Luther, CFE, Passes Away at 89 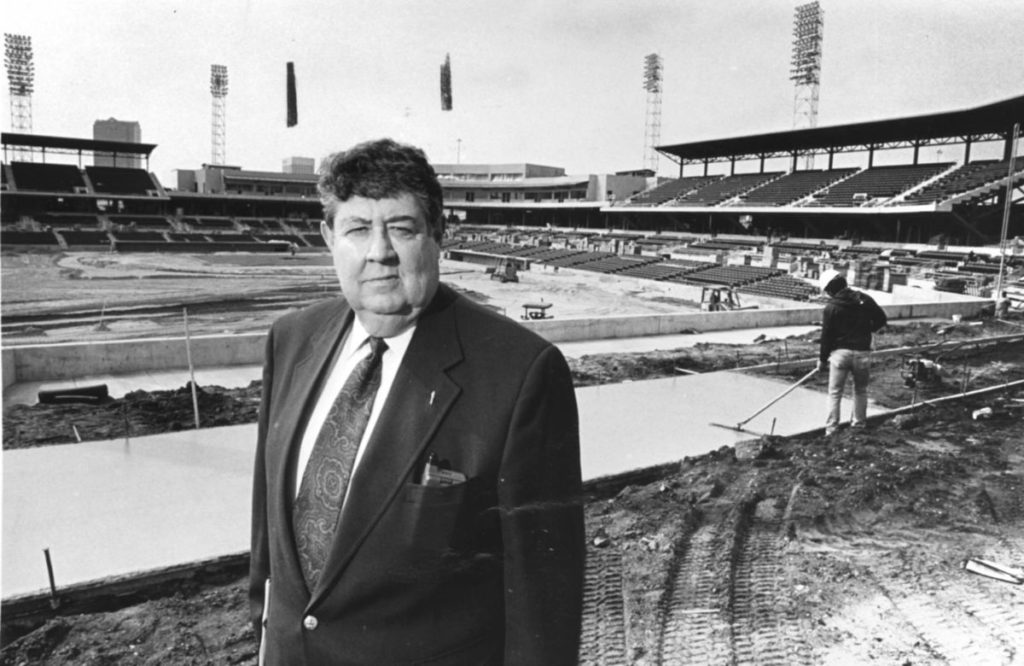 The IAVM family lost another long-time member in Bill Luther, CFE. He was a past president (now known as chair) in 1979 and a Charles A. McElravy Award recipient in 1984. Our thoughts and condolences are with his family and friends.

“Bill was the District V vice-president when I initially joined IAAM in the late 1970s, and he helped work through some challenges with ‘allowing’ me to join due to some of the rules in place at the time,” said Frank Roach. “Later, of course, we worked together during his time in both Huntsville and Norfolk to do deals for events I was booking in his venues. Bill was tough when he had to be but a creative deal maker when the situation called for it. I don’t know anyone who was more dedicated to the success of this organization than was Bill.”

Bill was employed by the City of Norfolk in the late 1980s and managed seven facilities concurrently including Harbor Park, the AAA-facility for the New York Mets and later the Baltimore Orioles. He also managed the Opera House and the Concert Hall and Arena and the Douglas MacArthur Memorial Museum.

“At the time, the idea of building a ballpark downtown was a very controversial project,” John Rhamstine, CFE, told The Virginian-Pilot. “Bill was a big part of that project, negotiating a new lease with the (New York) Mets, overseeing the construction of the ballpark and then working to make sure everything was running properly.”

Bill retired in 2000 as director of civic facilities and worked as a consultant until 2009 and then returned to Spartanburg, South Carolina, where he worked as the manager of the Spartanburg Memorial Auditorium starting in 1967.

“My most memorable quote from Bill was after he retired as director of public facilities for the City of Norfolk, and the city manager called to ask if he would be interested in overseeing the restoration of a historic theatre property that the city had acquired,” said George Cook. “When he indicated an interest, the city manager asked that Bill send a letter confirming his interest and setting forth the cost for his consulting services. He did, and about two days later, the city manager called and said, ‘Bill, we did not even pay you that much as director of civic facilities.’ Bill said, ‘I know, but you did not pay any attention to me then; I thought that if I charged you more, you might listen.'”

Bill was a U.S. Army Veteran (World War II) and graduated from Appalachian State University. He was also an active member of Saint Paul United Methodist Church, a Boy Scout leader, and a youth football coach.

“Bill Luther was a friend as well as my ‘landlord’ at Scope when we brought hockey to Norfolk,” said Blake Cullen, former owner of the Hampton Roads Admirals. “He was always helpful in putting new ideas across. He will truly be missed.”

Bill is survived by his wife of 58 years, Doris; his son, B.J.; and his daughters, Ola Snow and Debbie Teagan.