by Jason Hensel
construction, convention center, Idaho
Comments are off 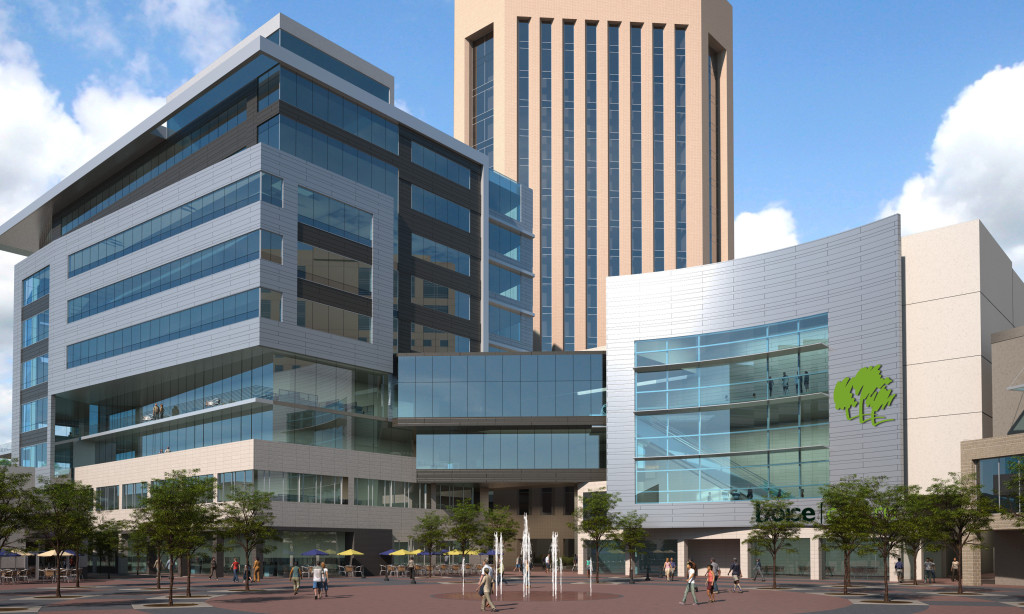 The Boise Centre broke ground on its expansion earlier this month. The expansion is part of the Civic Center Plaza development in downtown Boise and is adjacent to the current facility.

“Over the years, Boise Centre has built a reputation for delivering the highest levels of guest service and quality events,” said IAVM member Pat Rice, executive director of the convention center. “Our vibrant city and newly expanded meeting space will position Boise to secure larger regional and national conventions that will benefit our local economy.”

The City Center Plaza project is being developed by Gardner Company and will include not only the expansion of Boise Centre expansion, but also construction of the Clearwater Building, a technology focused office building that will include the Boise State University computer science department, a multi-modal transit center, and restaurant and retail spaces.