ASM Global announced that Senior Vice President of North American Convention Centers, Brad Gessner, will retire at the end of 2019. Gessner will continue to serve as a consultant with the company. 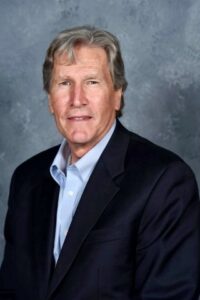 the grandkids,” Gessner said. “I have been contemplating this move since the beginning of the year and felt the timing was right now that the merger is complete. It has been a privilege to work with such a talented and dedicated team over the past seven years, and I am very proud of the significant strides we made together, successfully transitioning management and improving operations in our North American convention center facilities. I look forward to working with the ASM Global team to help drive the next wave of growth and innovation.”

“Brad was instrumental in helping to shape AEG Facilities’ North American convention center business, and led the division through a period of transformational growth,” said Bob Newman, President and CEO of ASM Global. “After a tremendous 42-year career, we are delighted that he will remain as a consultant with ASM Global. His thoughtful leadership and drive for results will help ensure that we meet our global objectives. I want to thank Brad for his invaluable guidance and extraordinary contributions over the years.”