by Jason Hensel
California, design, sports
Comments are off 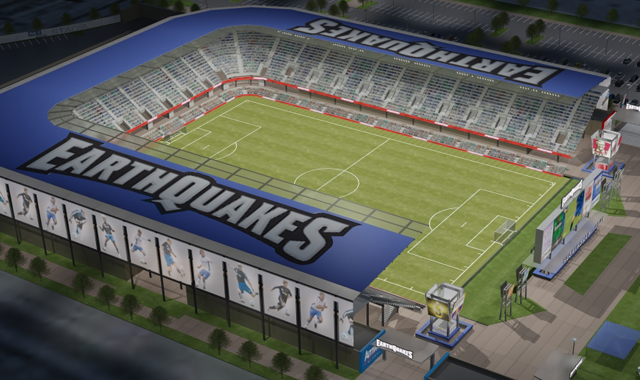 “Across the U.S., the thing that’s at the forefront is we design these stadiums to compete,” Schrock told reporter Nathan Donato-Weinstein. “And the competition is the 72-inch flat screen TV and the comfort of being there and not fighting traffic.”

Schrock said that some ways to compete against the sofa is to heighten the guest experience with items such as individual screens at every seat or immersive technology. There’s also a new trend involving capacity.

“There’s an increasing trend of driving down capacity,” Schrock said. “The goal is to create more demand. We’re seeing that a lot in the NBA. It gets to this issue of, you’d rather be in a sellout situation.”

Please check out the Silicon Valley Business Journal for the complete article, to learn more about Schrock, and if he really set out to build the longest bar in the U.S.