You Can Now Blame Your Genes for Forgetfulness

by Jason Hensel
brain, memory, science
Comments are off 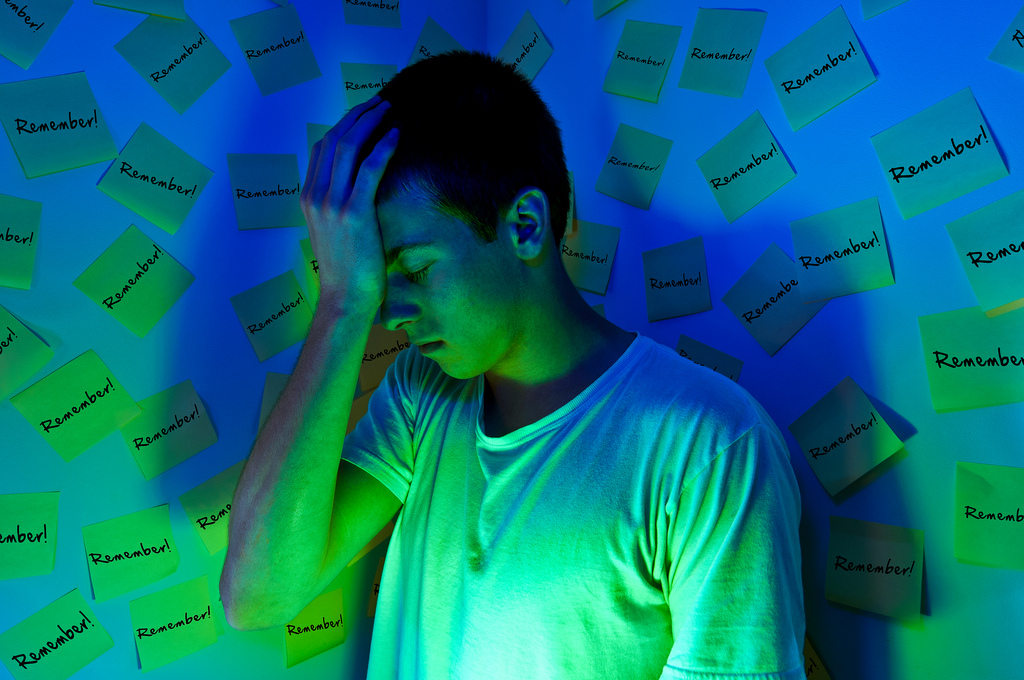 Scientists at the University of Bonn in Germany have discovered a connection between forgetfulness and the DRD2 gene. People who have a certain variant of this gene are more easily distracted and experience higher rates of incidences due to a lack of attention.

“A familial clustering of such lapses suggests that they are subject to genetic effects,” said Dr. Sebastian Markett, the principal author of the study.

The researchers previously found that the dopamine D2 receptor gene (DRD2) plays a role in forgetfulness. The gene also has an essential function in signal transmission in the brain’s frontal lobes.

“This structure can be compared to a director coordinating the brain like an orchestra,” Markett said.

In other words, the DRD2 gene is the baton, and if the baton gets off beat then the orchestra (the brain) gets confused.

All humans carry the DRD2 gene, which has two variants defined by only one letter within the genetic code. One variant is C (cytosine), and the other is T (thymine). The scientists found that those people who carried the thymine variant experienced more lapses in attention and memory than those who carried the cytosine variant.

“The connection is obvious; such lapses can partially be attributed to this gene variant,” Markett said. “This result matches the results of other studies very well.”

Markett said that people shouldn’t be resigned to fate just because they can’t control their genes.

“There are things you can do to compensate for forgetfulness; writing yourself notes or making more of an effort to put your keys down in a specific location–and not just anywhere,” he said.

Perhaps, you should drink more green tea, too.

Are you prone to forgetfulness? What things do you do to help mitigate it? Please share your tips in the comments section.