SMG has named Casey Sparks as general manager of BOK Center and Cox Business Center in Tulsa. Sparks most recently served as the assistant general manager for BOK Center for five years. That position is now assumed by Joe Giordano.

“As assistant general manager, Casey’s leadership and dedication have served our city well and I am excited to welcome her as the new general manager of our BOK Center and Cox Business Center. She has done a tremendous job to elevate Tulsa as a place for internationally renowned concerts and events and we are excited to continue this success under her tenure,” Mayor G.T. Bynum said.

Sparks began her career in Columbia, SC, at the Colonial Life Arena after graduating with a degree in Sport and Entertainment 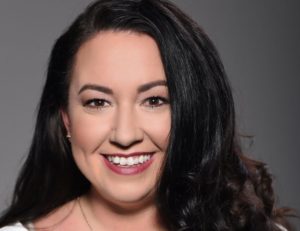 Management. Since then, she was recruited to AT&T Center, a 18,500-seat venue in San Antonio, home of the NBA San Antonio Spurs before moving to Tulsa as the regional director of sales and marketing for 17 facilities, including BOK Center.

Sparks was instrumental in BOK Center’s pre-opening venue development and grand opening plans, where she helped host 184 events in the first 10 months of operation. During her tenure, she led the new arena to be a national and international ranked facility for ticket sales.

Sparks continued her career in Charlottesville, Virginia, working for Red Light Management, the largest independent artist management company in the world, whose roster includes Dave Matthews Band, Phish, Chris Stapleton, and many more. In 2012, she relocated to to Pensacola, FL, to serve as assistant general manager for the Pensacola Bay Center for two years.

“It is an honor to continue to be part of this team. Cox Business Center and BOK Center are spectacular facilities with a reputation of being the best,” Sparks said. “People ask me all the time why these venues are so successful. The answer is simple. We have a dedicated staff who love their jobs and a city that continues to support us year after year. With that formula, you can’t go wrong.”

Sparks will oversee over 100 full-time and 500 part-time employees.

“With over 17 years of industry experience, Casey is the perfect fit to lead both BOK Center and Cox Business Center,” said Thierry Gray, SMG Regional Vice President. “She’s been integral to the success in Tulsa since day one and we are excited to see her continue Tulsa’s reputation for excellence. 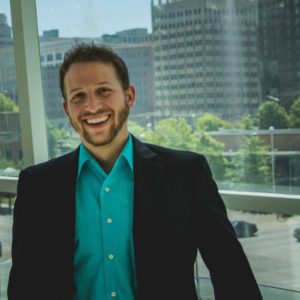 Joe Giordano also earned a promotion at the venue in being named assistant general manager, Sparks’ former position. Giordano most recently served as director of booking for BOK Center since 2016.

“Joe plays a crucial role in helping BOK Center maintain its track record of success on a national stage,” Sparks said. “His knowledge and passion in venue management will be a strong asset to the accomplished team in Tulsa.”

Giordano joined the BOK Center team in 2016 after serving as director of marketing & booking for three years at the Santander Arena and Santander Performing Arts Center in Reading, PA. During his time as director of booking at BOK Center, he worked to deliver a compelling line-up of artists for the commemorative “10 for 10 Concert Series” which included Blake Shelton, P!NK, U2, Justin Timberlake, George Strait, Eagles, Imagine Dragons, Bruno Mars, Metallica, and Elton John. He also contracted the first-ever NHL pre-season game with the Dallas Stars last Fall at BOK Center. He was most recently nominated for the “Rising Star” award by Pollstar magazine.

“Becoming the assistant general manager of BOK Center is a true honor. Three years ago when I moved to Tulsa, my wife and I never expected to fall in love with this city in the way in which we did,” Giordano said. “The support BOK Center receives from the local community and fans all over the region is a testament to the music based culture we have here and I look forward to continuing to contribute to the success of this amazing town as AGM.”