by R.V. Baugus
#charliebrooks, Populous
Comments are off

Stadium design and architectural firm Populous has named Charlie Brooks as its communications and marketing director. 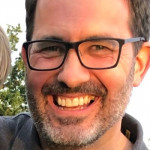 >overseeing both football and corporate communications. He joined the club in 2018 having previously held a number of senior communications leadership roles at Nike including VP of Consumer Category Communications and most recently VP of Comms for the sportswear giant’s global Direct-to-Consumer business.

Brooks will undertake a dual role, focusing on EMEA projects and activity, while also elevating the company’s global strategic Communications and Marketing Strategy across its regional portfolio of The Americas, Asia Pacific and EMEA.