By City of Fort Worth and Charlotte Regional Visitors Authority

Michael E. Crum has been named director of the City of Fort Worth’s Public Events Department. He comes to his new position that he will begin in early February after a successful career as vice president for business development and chief financial officer for the Charlotte Regional Visitors Authority (CRVA), where he has been responsible for developing collaborative efforts between the CRVA and its community partners, as well as overseeing the agency’s accounting budget, audit, information technology, strategic planning, research, business analysis, application delivery, security and risk management functions.

“Mike Crum brings an impressive résumé in facility management to Fort Worth,” Assistant City Manager Jay Chapa said. “As Fort Worth looks toward expanding and renovating its downtown convention center, we will rely on Crum’s experience in developing convention business and bringing new and exciting venues online.”

Crum went to Charlotte in 1989 as director of finance for the Auditorium-Coliseum-Convention Center Authority, 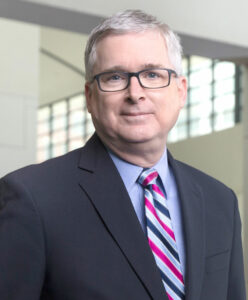 and in 1997 was named the Authority’s managing director. In this capacity, he was at the center of Charlotte’s efforts to retain the NBA Hornets and in 2002, helped negotiate the agreement that led to the development of Spectrum Center and the return of an NBA franchise to the market.

In 2004, Crum oversaw the merger of the Authority with Visit Charlotte, Charlotte’s convention and visitors’ bureau, to create the Charlotte Regional Visitors Authority (CRVA). He subsequently served as the CRVA’s chief operating officer until the reorganization of the CRVA’s management structure in 2012.

Prior to coming to Charlotte, Crum worked in the Facility Management Division of the Pacer Basketball Corp. in Indianapolis from 1987-1989.

During his tenure in Charlotte, Crum was involved with national events like the 1994 NCAA Men’s Final Four, the 1996 Women’s Final Four, the 1991 and 2019 NBA All-Star Games, the 2012 Democratic National Convention, and the future 2020 Republican National Convention. He also participated in the development of the Charlotte Convention Center, the NASCAR Hall of Fame, and renovations of Bojangles’ Coliseum and Ovens Auditorium.

“Following Mike’s 30 years of service with the Charlotte Regional Visitors Authority (CRVA), we’ve been working together to identify the next step in his career, and I couldn’t be more pleased with the outcome,” said Tom Murray, Tom Murray, Chief Executive Officer for
CRVA. “Fort Worth will benefit from his incredible depth and breadth of experience, just as Charlotte has for so many years.”

Crum holds a master’s degree in sports administration from Ohio University and a bachelor’s degree in business administration from the University of North Carolina at Chapel Hill. He has served on the boards of directors for the Charlotte Regional Partnership, Charlotte Sports Foundation and Champions for Education, the organization that oversees the operation of the Wells Fargo Championship.

The City of Fort Worth’s Public Events Department oversees the operations of downtown’s Fort Worth Convention Center and the Cultural District’s Will Rogers Memorial Center.