Cliff Wallace, CVE, wants you to know he will be in Chicago for VenueConnect. If the esteemed industry veteran falls just shy of his usual gusto self, try to understand. 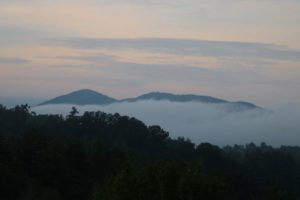 and jogged east to eventually lead him to the Windy City. It was a tour that the photography phenom captured through his lens of some of the most breathtaking images and scenery found in the United States.

“Simply put, it was a blast,” Wallace shared with many on his email list who received daily updates and photos from his journey. “Fifteen states, ocean-to-ocean and a whole lot of America. I learned a lot and appreciate our country even more.”

One can never predict the weather, but Wallace said that even more Mother Nature was quite cooperative. 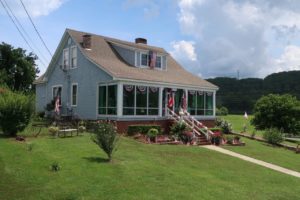 In signing off, Wallace said, “Thanks for ‘riding along’ and I hope the photos were a tiny indication of the extraordinary experience. You will note today’s photos include the arrival in Ellijay, GA, where our family mountain cabin is (photo attached). I was met by the Georgia family in the Ellijay town square (California clan checked in by FaceTime). Later, we celebrated Susan’s birthday.”

We, Cliff, thank you for taking us along on this beautiful journey!