by R.V. Baugus
#cspi, #staceyknoppel
Comments are off

The Board of Directors of Convention Sales Professionals International (CSPI) announced that Stacey Knoppel, director of convention management for Events DC at the Walter E. Washington Convention Center, as this year’s recipient of the prestigious Shawn Corwin-Myland Award bestowed by the association. Knoppel has been an active member of CSPI since 2007. She served on the Board of Directors from 2012-2016 and was CSPI President in 2014.

Previously, Knoppel was with the Baltimore Convention Center where she served as the Director of Sales, Services and Marketing. 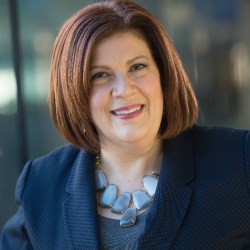 In addition to Knoppel’s leadership as past president and board member of CSPI, she has also served on the CSPI Education Committee for many years helping the association to continuously deliver leading edge education to the members. Knoppel is an active member of various industry associations. She is currently on the Board of Directors of the Capital Chapter, Professional Convention Management Association (PCMA) and is a member of IAVM.