Bush brings more than 20 years of leadership experience and knowledge of the events industry. He possesses an excellent track 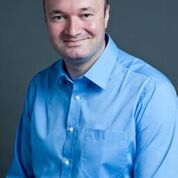 record of stakeholder management at business, government, royal and military levels, and an extensive practical background in planning and provision of events across a variety of venues previously in the UK and now in Singapore.

Prior to Singapore, Bush worked on the London 2012 Summer Olympics as the Venue General Manager, and held positions with Opex Exhibition Services, Earls Court and Olympia London and Alexandra Palace and Park. Before being appointed as Managing Director, he headed up the Venues and Events Management department at the Singapore Sports Hub as Senior Director for six years and oversaw all the Hub’s venues including the state-of-the-art 55,000-seat National Stadium which has hosted a multitude of
international sporting events such as the World Rugby 7’s, International Champions Cup, Super Rugby, International Football Games, along with Athletics and family entertainment events such as Monster Jam as well as mega concerts such as Cold Play, Madonna, Jay Chou, Foo Fighters, One Direction, BTS and many more.

With full responsibility for the leadership and development of Global Spectrum Asia, Bush will play a key role in overseeing the management and delivery of the company’s business operations in Singapore.

“Damian’s grasp of the fast-moving daily operations, the breadth of onsite facilities, and the long-term vision for the Hub positioned him as the ideal candidate to assume the Managing Director role,” Michael Ahearn, Spectra’s Senior Vice President of Operations, said. “Damian is deeply invested in the growth of the property, and I’m eager to see where he takes these world-class facilities next.”

“There is a tremendous prospect for the Hub to grow further, to enhance the service delivery and to capitalize on the growth opportunities presented by thriving markets in this region,” Bush said. “I am excited to be on board and part of the great team to take these to the next level.”