by R.V. Baugus
AVSS, IAVM
Comments are off

A man choked to death when his shirt got caught in an escalator in a New York subway.

The 48-year-old man was found unconscious on top of the escalator with part of his shirt caught in the machine and the neckline choking him.

Officials have named him as Carlos Alvarez, according to media reports.

The authorities had been called to reports of a man behaving erratically at the Intervale Station in Longwood, southwest Bronx. They arrived at the station at around 3:45 am on Sunday, October 14. 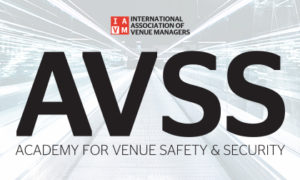 Police were able to cut the shirt off the 48-year-old man and took him to Lincoln Hospital, but he later died.

The New York Post quoted an unnamed Metropolitan Transportation Authority (MTA) worker as saying it was “an accident” and that “somebody fell and went all the way up.”

A witness, Giovanni Fernandez, told the tabloid that passers-by had tried to help the man, saying, “When I got off the train, I saw the guy stuck on the escalator. A lot of people were surrounding him [and] he was at the top. I saw the blood [near his head]. His head was split open. All you see is this guy sprawled face down.”

MTA spokesman Shams Tarek said the “tragic and unusual incident” was under investigation.

IAVM’s Academy for Venue Safety & Security is an excellent source of safety training for incidents including those on escalators. For registration information about the 2019 AVSS, click here.