Jerry Teplitz, JD, Ph.D., CSP, carries many titles and decorated designations into his presentation of the All Venues track at VenueConnect on Tuesday, July 24, from 9:15-10:15 am. The one most important to the energy doctor and brain performance expert on this day, though, is to ensure that attendees in Toronto go home essentially a “new you.”

Speaking on the topic of Increasing Your Brain’s Performance for Greater Leadership Success, Dr. Teplitz promises that through on-stage demonstrations to show people how to literally change from anything negative that might have taken place within the last four hours. Literally.

“We will equip people to change the last four hours to literally change their relationship with everyone around them as well as their home life,” he 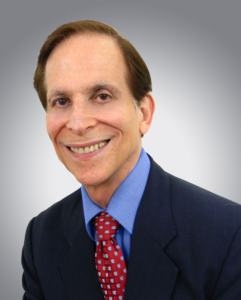 Dr. Teplitz will present from the concept that if a leader has experienced a negative day how that person feels different in a positive day. It is something that sounds rather simple but Dr. Teplitz will demonstrate from how our personal energy systems operate and how we are all affected by it and in turn affect others.

“We will demonstrate all of that, not just talk about it,” he said. “I will bring people on stage to demo it and the whole audience can self-validate themselves. The overall concept is you can actually take charge of your day to hopefully turn every day into a positive one but as we say in the seminar how about making the last four hours a positive, high-energy day? That then affects your leadership ability and communication ability and how you lite3rally feel and what your home life is like once you get home. It’s designed to show people things they have never seen before.”

Dr. Teplitz cited a study from Stockholm, Sweden, with 3,000 men all in good health and an average age of 42. The group filled out a form with one question asking if their boss gave them the information they needed, with the boss rated from very highly to very poorly.

“It was a 10-year study and over that period 74 of these men had either a heart attack or a cardiac event,” he said. “The interesting thing became those who rated the boss with the lower leadership score had a higher risk for a heart attack or cardiac event. The longer that person worked for the same boss the higher their risk went. You can underline it several times and say there is proof. You as the boss affect all of your staff and I will be demonstrating that and what you can do about that and alter it for yourself and for your team.”

Dr. Teplitz understands the proposition of good days and bad days, positive days and negative days. Trained and educated as an attorney, he said that he “stumbled” into his eventual career calling in 1974.

“I was actually an attorney and living in Chicago many years ago,” he said. “I hung around some friends who were into yoga and nutrition, things that at the time were considered weird. I was not interested in it and was scared of it but kept hanging around my friends. I decided to try yoga but went into it with a negative attitude to show my friends it did not work so they would leave me alone. Shortly after I started I noticed fewer lower back pain problems that I had most of my life. I actually had more flexibility than I ever had as a high school athlete.”

Dr. Teplitz went on to earn a Ph.D. in Holistic Health Sciences and has found a calling where he makes a difference in the daily lives of people.

“Trust me, this will become a conversation for the rest of the conference,” he said. “People at the program will start doing what I did and mirror the demonstration that I did on folks.”

For a heads-up on what to expect, please click here to view a segment in which Dr. Teplitz appeared on Virginia CBS-6.