Ellen Schwartz, General Manager of the Los Angeles Convention Center, said she knew the timing was right to announce her retirement, which takes place on July 6.

“For me, I thought about I’m a certain age and I don’t want to be the person that worked and keels over the next day,” she said. “I want to be able to enjoy another chapter in my life and to be physically and mentally able to do that and I can so I’m going to!”

Schwartz most recently oversaw the Summit of the Americas and Anime Expo at the venue, and the 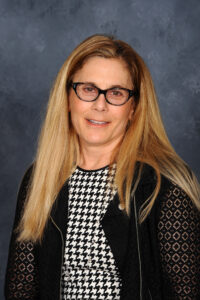 Major League Baseball All-Star Week July 15-19 would have been next. Suffice to say, the ASM Global-managed venue is home to some of the world’s biggest events, and Schwartz played a major role in ensuring those events came off without a hitch for attendees.

She has been at the LACC since October 2013, serving as Assistant General Manager to Brad Gessner for four years before he retired. Prior to that, Schwartz spent 11-plus years in Long Beach and before that was at the Miami Convention Center.

“I actually worked on the other side of the business for many years as well,” Schwartz said. “I was a show manager and ran events. It was interesting when I transitioned to the facility world in Miami Beach. It’s been a great ride.”

Schwartz acknowledged the ride has been bumpier in recent years due to the COVID-19 pandemic. She referred to working during this period as a “brain drain” that started two years ago and will probably go on for the next three years for those in the industry.

“There are a whole lot of people who are going to be gone (retired),” she said. “People with the history, the legacy that understand the evolution of the business. It has evolved. Business today is not what it was just 20 or 30 years ago. It’s a whole different animal. We all know it’s not what it was even three years ago.”

Schwartz said that the Los Angeles Convention Center has performed very well through the turbulence and that the future is very bright with major bookings continuing to roll in.

She now joins an ever-growing list of industry veterans deciding it is time for a big career change that comes with retirement.

“I’ll be starting a new life that is less about other people’s expectations of me and more about my own expectations,” Schwartz said. “The pandemic sort of makes you rethink priorities. You have a little bit more time to think about things in a different way, at least for me. It actually was fairly interesting to be here during the pandemic and to do what we did was to survive. It was a whole different mode of operating. It was like the last challenge of surviving through the pandemic.”

Now it will be someone else’s challenge as the search for a replacement is underway. For Schwartz, she again gets to start from scratch, a prospect she relishes.