by R.V. Baugus
#superbowllii, #usbankstadium, NFL
Comments are off

The NFL, in partnership with PepsiCo, Aramark, U.S. Bank Stadium, SMG and the Minnesota Sports Facilities Authority, scored a zero-waste legacy project at Super Bowl LII, with 91 percent[ii] of all trash generated on gameday from 67,612 fans responsibly recovered through composting, recycling and reuse. The landmark project marks the highest diversion rate achieved at U.S. Bank Stadium and at any previous Super Bowl, and aims to serve as the benchmark for future large-scale events.

The results are in following the big game: nearly 63 tons of the 69 tons of game-day waste were recovered 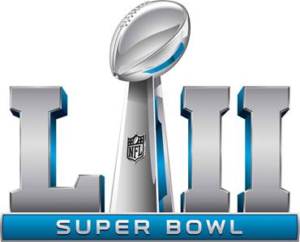 through recycling or donation for reuse (62 percent) and composting (29 percent). Recovering waste through composting and recycling reduces waste disposal costs and provides several environmental benefits including reduction of landfill use and reduction of the greenhouse gas generated by the landfill process, gasses which contribute significantly to global warming.

“The zero-waste legacy project is a testament to teamwork, with multiple partners coming together to achieve an ambitious environmental goal,” said Director of the NFL’s Environmental Program Jack Groh. “The NFL is proud that this program was not only successful at Super Bowl LII, but will also serve as a permanent installation at the stadium and leave a lasting impact on the community.”

U.S. Bank Stadium partners, including the Minnesota Sports Facilities Authority, stadium operator SMG, and Aramark, kicked off the effort to achieve a zero-waste operation in 2017, and were joined by the NFL and PepsiCo in the lead-up to Super Bowl LII.

“SMG is always striving to raise industry standards through our operation at U.S. Bank Stadium and our commitment to sustainability is no different. In our first season, we produced a waste diversion rate of 20 percent. Over the course of our second season our team increased that diversion rate to 91 percent,” said Patrick Talty, SMG General Manager at U.S. Bank Stadium. “Developing a successful and long-term zero-waste program has always been our goal. The diversion improvement we have seen to date is rare in the world of facility management and is a testament to the dedication of all of our stadium partners.”

“U.S. Bank Stadium’s journey to the zero-waste threshold has been demanding, and we couldn’t have gotten here without the commitment of our stadium partners,” said Michael Vekich, chair of the Minnesota Sports Facilities Authority, owner of U.S. Bank Stadium. “We look forward to sharing our experiences with other facilities who are interested in this important sustainability program.”

Ahead of game-day, PepsiCo launched the Rush2Recycle campaign to show fans how to make recycling fun and easy in the stadium and at in-home Super Bowl parties across the country. Fans attending the Super Bowl were greeted by a team of uniformed zero-waste ambassadors who helped identify the correct bins for recycling, composting and waste-to-energy. Super Bowl XL MVP and Pittsburgh Steelers Legend Hines Ward helped lucky fans recycle with his own end zone dance, the Rush2Recyle Shuffle, available at www.Rush2Recycle.com, along with tips and resources.

“To tackle waste and boost recycling rates, each of us needs to do our part,” said Roberta Barbieri, PepsiCo’s vice president global environmental sustainability. “While we’re working to make PepsiCo’s packaging increasingly sustainable and investing in recycling programs in communities around the world, we also want to find new ways to make it fun and simple for consumers to participate—like Rush2Recycle.”

Critical to hitting the initiative’s goals was removing items from stadium inventory that could not be either recycled or composted. Aramark, the food and beverage partner for U.S. Bank Stadium, replaced nearly its entire inventory of food vessels, service products and utensils handed to fans with compostable alternatives.

“The successful implementation and results of this historic waste reduction project reflect the partners’ collective commitment to delivering innovative sustainable solutions that will endure beyond Super Bowl LII,” said Carl Mittleman, President of Aramark’s Sports and Entertainment division. “Aramark is incredibly proud to have contributed to this milestone and we look forward to utilizing our insights from this effort to further reduce the environmental impact of our operations at U.S. Bank Stadium and across all the venues we serve.”

Other pre-game steps were essential to achieving the zero-waste goal. U.S. Bank Stadium, home of the Minnesota Vikings, working with Recycle Across America, designed all illustrated signs for the stadium’s new three-bin waste stations to show fans exactly how to sort items. Recycling and compost bins were made larger and more accessible, while trash bins were made much smaller, encouraging fans to make the right choices for disposing items. In addition, a comprehensive LEED-certification level waste audit was performed in October 2017 to identify specific materials for recovery in the stadium waste stream. A “zero-waste trial run” was performed at a December 2017 Minnesota Vikings home game to encourage fans to properly dispose of waste and to refine game-day practices for Super Bowl LII.

Post-game steps to achieve the 91% resource recovery rate at Super Bowl LII were led by SMG and the NFL. The SMG team sorted all fan-generated waste into the correct waste compactors. The waste hauling partners then collected and provided weight-tickets at each destination including the recycling facility, the composting facility and the waste-to-energy facility. This data was reviewed by SMG and combined with the reuse and donation data collected by the NFL from their community partners. When the recycling, composting and donation/reuse data is combined, the total resource recovery rate for gam-eday waste is 91%.