The Memphis Grizzlies and FedExForum announced the appointment of Dwight Johnson as Vice President of Arena Operations. Johnson joins the organization after working for SMG Richmond as the General Manager since 2009. Prior to his role as General Manager, he acted as Director of Operations with SMG Richmond beginning in 2005. During his 13-year career at SMG, Johnson developed a strong background in building operations, construction, and event management while overseeing operations at the Richmond Coliseum, Altria Theater, Dominion Energy Center, and the Bon Secours Washington Redskins Training Center.

Johnson began his career in facility management in 1997 as an Operations Lead at the 15,000-seat Pete Maravich Assembly Center 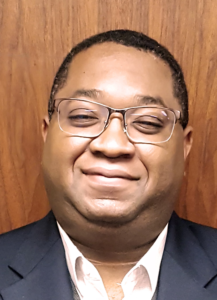 on the campus of Louisiana State University. After receiving many promotions, Johnson oversaw all daily operations and booking for the facility during his final position as Director. In his time at LSU, Johnson managed multiple national sporting events including the NCAA Women’s Basketball Regional, Men’s Basketball NIT Tournament games, and SEC Championship events.

A native of Thibodaux, Louisiana, Johnson is a graduate of Louisiana State University. He and his wife, Katy, have two children, Avery Kate and Drew.

Johnson’s first day with the Grizzlies and FedExForum will be March 19.