by R.V. Baugus
#dulutharmory
Comments are off

Plans are in place for the historic Duluth Armory in Duluth, MN, to “serve as an economic, cultural and entertainment hub for northeastern Minnesota,” according to a news release from the Armory Arts and Music Center. The organization announced a partnership on December 20 with Minneapolis-based Sherman Associates to rehabilitate and develop the armory building, targeting an opening in 2024.

Plans for the building include a public marketplace and community kitchen, office and business space, 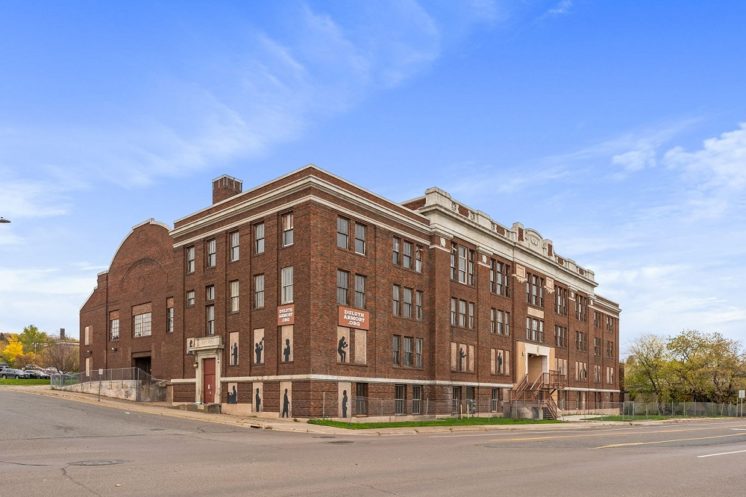 and arts and music programming. The $25 million redevelopment hinges on obtaining $7.5 million in state funding.

The Duluth Armory was built in 1915 for the National Guard and Naval Militia and Reserve. In addition to being a center for military training for northern Minnesota, it also served as an entertainment venue until 1978.

The building is particularly noted for the Winter Dance Party concert on Jan. 31, 1959, featuring Buddy Holly and the Crickets, Richie Valens, and the Big Bopper. Holly, Valens and “Big Bopper” J. P. Richardson died three days later in a airplane crash. Duluth-born musician Bob Dylan attended the concert at the armory and mentioned it at the 1998 Grammy Awards when he received the Album of the Year award.

The city of Duluth purchased the armory and used it to store fleet vehicles throughout the 1980s and ’90s. In 2004 the nonprofit Duluth Armory Arts & Music Center acquired the building and has since completed projects to stabilize it while continuing to seek funding to restore it as a mixed-use commercial project.

Plans for the renovation also include space to honor Dylan.