The History of Theatre in Toronto was completed in a world-record 75 minutes on Monday morning at the Metro Toronto Convention Centre under the astute leadership of presenters Robert Long, ASTC, principal consultant, Theatre Consultants Collaborative, and Scott Crossfield, ASTC, design principal, Theatre Projects.

OK, the actual history of theatre in a world-class city such as Toronto cannot be covered in such a short time span, but Long and Crossfield kept the session moving in their seventh installment of presenting the history of theatres of the host city in which they present. This one was no different, and a crowded room that had people standing at the back was only too happy to be a part of the proceedings.

Cue the first slide to reveal the topic of the session: History of Theatres in Toronto. Jump 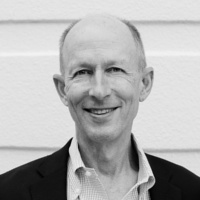 immediately to the second slide to reveal: As Told By Americans.

Once the laughter subsided, it was off to the races for a most informative morning of education and enlightenment.

The duo spend countless hours on researching the history of theatres, something quite evident as the slide show moves along and helps attendees understand not just how and why venues were built, but what has happened to many of them along the way. Some were gutted by fire, some faced the demolition wrecking ball, and in the case of Toronto, four long-standing theatres still stand. 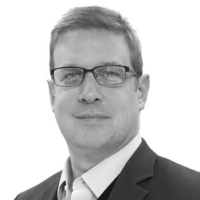 Long and Crossfield covered the turf in parts: the first part originating in 1825 with the city’s first theatre performance at the Franks Hotel. From there, it was a menagerie of examining some other local venues of the day, along with a footnote of how a great fire wiped out city hall in 1849.

The second part covered legitimate theatres in the city beginning also in 1849 with the Royal Lyceum, which was renamed the Prince of Wales in 1860, something that happened many times over the
years with local theatres.

Cinema debuted in 1896 with the first motion picture shown, and in 1910 silent movies popped up. Shea’s Hippodrome opened in 1914 at a cost of $245,000 as the “Home of Vaudeville, and in 1920 it was the Pantages Theatre opening as a combination vaudeville and motion picture house.

Finally, the third part examined performing arts centers, beginning in 1960 with the O’Keefe Centre and carrying forward to many of Toronto’s well-known venues of today.

Do not think of the session as a hum-drum history lesson only. Long and Crossfield paint a true appreciation of performing arts theatres that is evident in their delivery and discussion. It was enough to send a full room to the exits with much to ponder and discuss and hopefully go see while in Toronto.