The International Association of Venue Managers (IAVM) Foundation announced Steve Peters, CVE, as the 2018 Legacy Award Recipient. Peters is the founder and President of VenuWorks.

The purpose of the Legacy Award is to recognize significant contributions of an individual or company that benefit the mission and objectives of the IAVM Foundation, leaving a legacy for the advancement of the venue management industry.

“The Legacy Award is given to someone who, through either financial or non-financial contributions, has made a positive and lasting impact towards the mission and objectives of the IAVM Foundation,” said Kathryn Eades, IAVM Foundation Director of Development.  “Steve Peters, a valued member of IAVM and supporter of the 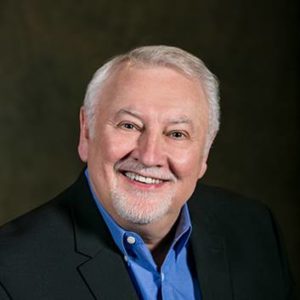 Foundation, truly embodies those qualities and is a tremendous industry leader.”

Peters has over 40 years in the venue management industry. He began his career in 1976 in Dubuque, Iowa as manager of the Five Flags Center. In 1982, he became associate director, and in 1984 executive director of theIowa State Center in Ames, IA. In 1990, Peters was named the National Director of Operations for Ogden Entertainment, Inc., and served as opening director of the Target Center in Minneapolis before being named an Ogden Vice President in 1995. In the fall of 1996, he left Ogden to create VenuWorks.

Stephanie Curran, CVE, chair of the Foundation Board of Trustees, remarked that “Steve Peters has been a valuable member of IAVM and investor in the Foundation and our industry. We are fortunate to have someone of his caliber making our industry better through his leadership and leaving a strong legacy for IAVM”

“I have known Steve for over 30 years and know him to be a man of the highest stature, with a significant focus on the future,” said Tammy Koolbeck, CVE, IAVM Board of Directors 2nd Chair. “Steve’s passion for the industry sets the direction for his continual support of the Foundation, both professionally and personally.  Most recently, Steve generously joined a challenge to support the diversity efforts of the Association through the Foundation.  Coupled with the incredible attributes mentioned, Steve is a tremendous advocate for IAVM’s continual and ongoing efforts in the realm of education and training for the staff members of VenuWorks.”

Peters’ passion for the venue management industry can be seen in the success of the company he founded, VenuWorks. Starting from a desk in the basement of the Peters home, VenuWorks has grown to become the management company of choice for over forty venues in twenty US markets.  He created VenuWorks Sports, a subsidiary of VenuWorks, in 2016, through which he became the proud owner of the Evansville Thunderbolts of the Southern Professional Hockey League.  Steve’s lifelong passion for live theatre resulted in the creation of VenuWorks Theatricals, which in 2015, won the Outer Critics Circle Award, Drama Desk Award, and was nominated for a Tony Award for Best Revival of a Play for co-producing You Can’t Take It with You on Broadway, starring James Earl Jones.

“I am humbled, and very honored to receive the Legacy Award,” stated Peters. “IAVM has been a very important part of my professional, and my personal life for over forty years. For many years we planned our family vacations around the annual conference. My kids grew up in the business, and now three of them are involved in our company.  You might say IAVM has become a part of my DNA. I am thrilled to be able to give back to IAVM, through the Foundation, at this stage in my life.”

Peters is a Past President of the International Association of Venue Managers (IAVM), and received their highest honor, the Charles A. McElravy Award for lifetime achievement in 2015.