by admin
membership, news, Venues
Comments are off 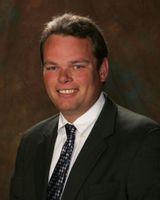 Congratulations to IAVM member Kevin Bruder on his appointment as chairman of the board for TEAM Coalition. Bruder is president of Centennial Management Group, general manager of the Maverik Center in Utah, and CEO of the Utah Grizzlies Hockey Club. He represents IAVM on the Coalition.

“TEAM Coalition has been very successful reaching the major league sports venues with our responsibility messages and alcohol management training,” Bruder said. “I look forward to expanding the reach of the Coalition to other facilities while continuing the great relationship with all the member organizations. IAVM members like the Maverik Center have a great deal to gain from becoming more involved with TEAM Coalition. I am committed to help make that happen.”

“The success of TEAM Coalition depends on the commitment of our member organizations,” said IAVM member Jill Pepper, executive director of TEAM Coalition. “Without their support, we would not be able to achieve the accomplishments we have enjoyed of more than 50,000 facility personnel TEAM-certified annually and 972,000 sports and entertainment fans pledging to be designated drivers last year alone. I know our new officers will challenge the organization to find new and creative ways to reach a larger audience with our responsibility message.”

TEAM Coalition is a 21-member association whose mission is to enhance the entertainment experience, provide effective alcohol management training in public assembly facilities, and promote responsible alcohol consumption through the use of positive messages that reward responsible behavior and help to reduce negative alcohol-related incidents in facilities and on surrounding roadways.