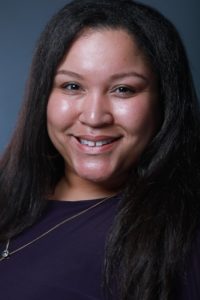 The International Association of Venue Managers has named Amy Duncan as its new Membership Sales Specialist. Amy joined the team on April 23, 2018. She was previously the Membership and Fitness Benefits Coordinator for the Aaron Family Jewish Community Center of Dallas, where she increased membership sales by over 18% during her tenure.

“I was at a point in my professional career where I wanted more of a challenge,” stated Amy. “When I saw the opening on LinkedIn, it literally felt like everything I had been wanting and praying for!”

Amy’s primary focus will be to generate new business and new members across all sectors, as well as help drive revenue growth.

“The nerd in me is looking forward to the globalization aspect of our association,” she noted. “Being able to communicate with people from different cultures, backgrounds, and socioeconomic points of view is really awe-inspiring. The geography of the Earth is so massive but with technology our tangible world has become really small. I mean, I had to Google what time it was in New Zealand this morning to see if it was an appropriate time to send an email. How cool is that???”

Amy is originally from Louisiana, but she called Dallas home in 2001 when her family moved to Texas. She is wrapping up her Associate of Science in Business Administration at Richland College. An avid live concertgoer, she is looking forward to seeing events at our member venues!