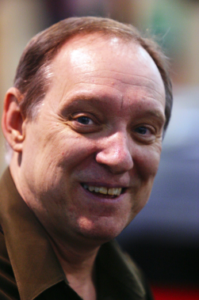 The International Association of Venue Managers has named R.V. Baugus as the organization’s new Senior Editor. R.V. Baugus is a communications veteran with almost 20 years’ experience covering the public assembly venue industry. R.V. is no stranger to IAVM. He worked at the association from 2000-2013 as editor of Facility Manager magazine. He started his own freelance company and has written for a number of association publications, Venues Today magazine and serves as a contributing editor to Dave Campbell’s Texas Basketball magazine.

During his previous service at IAVM, R.V. was the recipient of 10 of his 11 earned Quill Awards in various writing categories given by the Dallas chapter of the International Association of Business Communicators. Facility Manager also received two magazine redesign awards and enjoyed its highest ad sales revenue during his tenure.

“I have always considered IAVM my home and my family,” R.V. said. “I am a major consumer of the various types of events that take place at our member venues and have a passion as a fan and a great understanding as a professional for the work that IAVM members do across the world at their various venues.”

Prior to coming to IAVM in 2000, R.V. was a communications associate at Young Presidents’ Organization and served as news editor of Promotional Products Business magazine with Promotional Products Association International, where he earned his other Quill Award. R.V. has also been responsible for publications with the Association of Tennis Professionals and World Championship Tennis.

R.V. is a Dallas native and a graduate of the University of Texas at Arlington with a Bachelor of Arts in Communication (Journalism). He was proudly married for almost 25 years to Tanya Bailey Baugus before her sudden passing last year.

R.V. resides in Grand Prairie, Texas. In addition to being involved as a deacon at Oak View Baptist Church, R.V. serves as the public address announcer at Joy & Ralph Ellis Stadium in Irving, where he calls football games for the city’s three high schools. He also serves on the board of directors for Irving Schools Foundation. 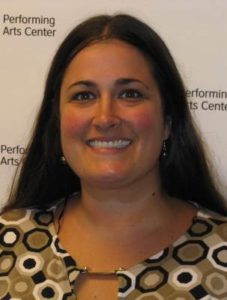 The International Association of Venue Managers has named Meredith Merritt as the organization’s new Director of Development. Meredith will be joining the staff November 3, 2016.  She will work with IAVM President/CEO Brad Mayne, CFE and Chair of the IAVM Foundation, Bob Hunter, CFE as well as the Board of Trustees to implement a variety of fundraising strategies and initiatives while increasing awareness of the IAVM Foundation.

Meredith brings over 10 years of experience in the industry, most recently as Senior Events and Sales Manager for the AT&T Performing Arts Center in Dallas, TX where she was responsible for cultivating and maintaining relationships with clients which included donors, sponsors, media partners, community partners, annual clients and new clients.  Meredith has been a member of IAVM for 5 years and has volunteered on several IAVM committees.   Merritt graduated from Clemson University with a BA in Communications Studies and is a two-year graduate of IAVM’s Venue Management School