In Memoriam: Andy Long, Friend to So Many

Andy Long, friend to countless in the industry and most recently Director of Conferencing at Grand View University in Des Moines, IA, passed away on July 17. He was 55. In addition, Andy was employed for seven years with VenuWorks as regional vice president in 2011-2012 and also as vice president – events and entertainment from 2007-2014. 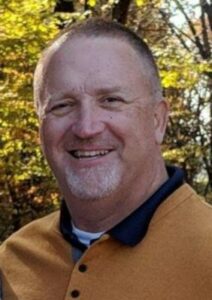 comment shared by Tamera Frank Skrovan sums it up best: “As I’ve followed all these tributes to Andy, it strikes me that many of us met/spent time with him at specific segments of our lives and we all benefitted from the same Andy: joyful, thoughtful, energetic, optimistic, talented. And, even as we moved on from those life stages and miles separates us, we still felt his love. What a great gift Andy was to all of us!

“Anyone who ever knew Andy Long for any length of time was bound to hear him use his favorite line from the movie Animal House. He’d extend his hand and say, ‘Andy Long, rush chairman, damn glad to meet you!’ He had a heart full of good will and a smile that could light up any room. And I swear he knew somebody in every town in America! His super power was friendship. Andy was in his element when opening new venues, and we opened a lot of them together. You could go to any of those venues today, and I guarantee there would be somebody there ready to tell an ‘Andy Story.’ And that is an incredible legacy,” said Steve Peters, CVE, VenuWorks President.

Andy Eugene Long was born on November 17, 1964 to Ray and Joan (Miller) Long in Marshalltown, Iowa, the yoest of three children. He attended grade school in Melbourne and graduated from West Marshall High School in 1983. Andy grew up in a small town with a close-knit community; his father owned a gas station – the site of many shenanigans – and his mother was the church organist. Andy and his siblings, Dwight and Jody, made up the rest of the church music team, singing for services and leading worship. He and Dwight also ran small businesses in town, including a paper route and lawn-mowing business; on his route, Andy was known for taking breaks to share a glass of lemonade and a cartoon or two with his customers. Childhood blessings also included close proximity to his grandparents, with whom he was very close, and summers at Clear Lake, which left him with fond memories of weekends at the family cabin.

After graduating from high school, Andy attended Iowa State University to pursue a bachelor’s degree in Business Management. During his time there, he was a devoted member of the fraternity Alpha Tau Omega, and he was an avid performer, spending his spare time on campus singing and producing musicals, and his summers on Adventureland’s “Soda ‘n’ Sounds” stage. After graduation, he remained a lifelong fan of the Cyclones, and loved spending Saturdays at ISU games.

Upon receiving his degree, Andy did what most of us only dream of as children – he ran away and joined the circus, serving as the Regional Marketing Director for Ringling Brothers Barnum & Bailey Circus for 2 years. He then spent the next 24 years in event venue management: first as a Director of Marketing, which took him to Dayton, OH, Ames, IA, and Charleston, SC; next, he moved to Wilkes Barre, PA, where he was the General Manager of the Mohegan Sun Arena at Casey Plaza; after that, he returned to Iowa to serve as the General Manager for the Iowa Events Center; finally, he held various executive positions with Venuworks. Most recently, he brought his event management experience to Grandview University as Director of Conferencing.

Over the years, in addition to assembling an impressive collection of photos with the many celebrities who played his buildings, including Elton John, Cher, Neil Diamond, Reba McIntire, AC/DC, and more, Andy also assembled a collection of true VIPs in his life, most notably a young woman named Karen Van Riessen, whom he met in 1990. Like the thousands of people who had previously encountered Andy, she succumbed to his charms – only this time, Andy became hopelessly devoted to her in return, and they were married September of 1993. He loved fiercely, and always kept Karen laughing, even when he was “patiently” playing the piano while waiting for her to get ready.

Together, they welcomed their first child, daughter Samantha, in 1996, and completed their family quartet with the birth of their son Eric in 2001. His family (including two beloved English bulldogs) became his life – his pride, his joy, his strength, his inspiration, his greatest achievement, and his de facto test audience for his infinite Dad jokes. Along with coaching both kids in various sports, he beamed with pride at every one of his children’s musical performances, and he loved to volunteer at their events. As per anyone’s request (or not), he would share their videos at a moment’s notice.

Andy excelled at engaging an audience. He was, in the best sense, a human magnet – he exuded a force that no one within his sphere could resist. He took command of any room he entered, and genuinely enjoyed striking up conversations with strangers – not because he felt that he was someone to get to know, but because he felt that every person was someone worth getting to know. And then, as if his gift of friendship wasn’t enough, he felt the need to keep the people in his life endlessly entertained. Music was Andy’s constant companion, and he knew it was a gift he had to share; therefore, no piano within his sight remained unplayed, no Muppets song was left unsung, no occasion was too formal for a mediocre Elvis impersonation. However, he never did this for the benefit of himself – it was always to bring joy to everyone else.

All this to say that, whether he be the loving husband/father/son/brother/uncle, or the leader in his workplace, or the truest of friends, Andy always knew his role and played it to perfection. His superpower was optimism – an unwavering belief in the good in humanity, the good in this moment, and the good that was still yet to come. It was this “always look on the bright side of life” attitude about his health challenges that made it easy to believe he was invincible. Of course, no one is invincible, but for those who love and remember him, Andy’s spirit will never truly be gone.

He was preceded in death by his beloved mother, Joan Long, and his grandparents.

Memorial contributions may be directed to the family in loving memory of Andy. Additionally, close friends of the Long family have established a GoFundMe page to assist with medical, funeral and educational expenses at Andy Long GoFundMe Account.

The family invites you to view the service on Friday, July 24, at 11 am via live stream on Friday by clicking here.