by R.V. Baugus
#jerryanderson, Populous
Comments are off

With profound sadness, Populous announced the passing this week of one of its founders, Jerry Anderson, after a courageous battle with cancer.

Jerry was a pioneer in the sport architecture industry. Over a four decade career, Jerry led the design and operations of the world’s most prestigious venues and sporting events, including the NFL Super Bowl, Olympic Games, NCAA championship events and the FIFA World Cup. Jerry impacted nearly every professional and collegiate sports league, and, as one of the foremost authorities in the sport and special event industry, he was widely recognized for his trailblazing experience in the planning and design of venues and events.

“Jerry made an indelible mark on Populous’ global presence, but more importantly, his work is etched in the memories of billions 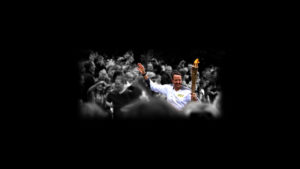 around the world,” said Earl Santee, FAIA, Populous Americas Managing Director. “He was a respected colleague, a friend to so many and a leader for us all, and we will greatly miss him.”

Jerry received a bachelor’s degree with honors from Montana State University, and he received his master’s degree in architecture from the University of California, Berkeley. He was recognized by Sports Business International as one of the World’s 20 Most Influential and as an Architecture Industry Leader by the Denver Business Journal.

Jerry started his career as an architect in Seattle and then later in San Francisco. His early projects included designs for the Rose Bowl, Candlestick Park, and many ski resorts. He invented the modern-day industry of major event planning, and the NFL was one of his first and longest-statured clients. He has worked on every NFL Super Bowl since Super Bowl XIX at Stanford Stadium and has helped grow the event into one of the most recognized in the world.

“Few people are more synonymous with the Super Bowl and more a part of the NFL events family than Jerry. The list of ways that Jerry made the NFL — and everything he touched — better is extraordinary,” said Peter O’Reilly, NFL Senior Vice President of Events & Club Business Development. “Though we will miss him dearly, his legacy will shine on.”

As his renown grew, Jerry built large teams that successfully planned, delivered and operated events such as the 1994 FIFA World Cup USA, the 1996 Olympic Summer Games in Atlanta and the 2002 Olympic Winter Games in Salt Lake City. In total, he was involved extensively in the delivery of 13 Olympic Games.

Jerry was honored and humbled to be recognized for his comprehensive Olympic career by being selected to participate in the 2012 London Olympic Games Torch Relay. Reflecting on being a torch bearer, Jerry said, “I’ve had the honor to connect with the Olympic spirit in many ways over my career – from our venues, to athletes, to staff, to spectators, and to communities. But this was truly one of the most amazing and thrilling experiences of my Olympic journey – to connect so closely to people through the power of the torch and the flame. I could feel their pride, happiness, and hope everywhere I turned. It was exciting and humbling all at the same time.”

Following the success of the 2002 Salt Lake Games where Jerry was the Managing Director of Venue Development, he joined Populous and opened the firm’s Denver office. In the ensuing decades, he led a team of event architects, planners, operators and accreditation experts that grew with clients such as the National Hockey League, NCAA Final Four and College Football Playoff.
While this is an impressive list, Jerry’s true contribution was his approach to projects, clients, staff and consultants; literally every individual with whom he interacted.

“Jerry approached every project with professionalism, grace and humor. He had an immeasurable impact on me and multiple others in the business,” said Populous Senior Principal Jeff Keas. “That is his true legacy.”

Jerry perfected the art of staying calm under pressure and trained his staff always to avoid the spotlight, as he put it, “stay in the shadows.”

“Jerry loved every aspect of every detail that goes into planning an event in a stadium or venue site. He loved teaching the art and practice of event and watching his team grow into the professionals we have all become,” said Populous Senior Principal Todd Barnes. “We are all blessed to have been able to learn from a true worldwide innovator.”

As a Populous co-founder and leader, Jerry created the firm’s event and accreditation practice and grew the firm’s Denver presence to its current staff of nearly 50. He also served as Chairman of the firm’s Board of Directors and under his chairmanship, Populous has had some of its most successful years in its 35-year history.

“When you think about Jerry’s career, he had a roster of clients any professional would envy. But he was the consummate professional, and what grounded him every day was bringing leadership to the event teams as they prepared and delivered life’s most memorable moments,” Santee said. “As we reflect on what it means to carry Jerry’s torch forward, it’s an incredible legacy and a road map to leave for generations to come.”

Jerry is survived by his wife, Rebecca, and son, Jackson; a brother, Dave, and his father, Gerald.