by Jason Hensel
baseball, industry news, Olympics
Comments are off 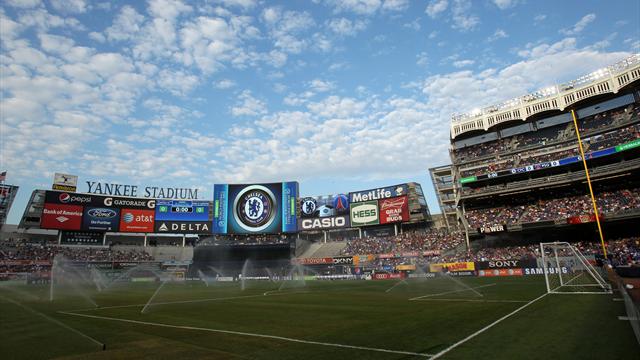 There was a lot of news this past week you may have missed. Here are some headlines that caught our eyes.

Baseball Stadiums to Host European Giants in Friendlies
—EuroSport.com
“Baseball will give way to football at Yankee Stadium on July 30 as Premier League contenders Manchester City and Liverpool clash in the Big Apple, three days after The Reds face Greek side Olympiacos at Soldier Field.”

Immersive, All-Night Macbeth to Play in East Tower in London
—Playbill
“The production, which will begin at 8 PM and conclude the following morning at 8 AM, will require audience members to go to bed after the first few scenes of Shakespeare’s tragedy of ambition and murder are performed. Audience members will be visited by the play’s characters throughout the night.”

Texas A&M Adding Largest Video Board Among Colleges
—Athletic Business
“The 7,661-square-foot board will be about twice the size of A&M’s previous video board.”

The Neuroscience of Networking: Why Networking Matters To Your Conference
—Midcourse Corrections
“In 1997, researchers at Washington University discovered that our brains default to social cognition when not focused on other cognitive tasks. In other words, when our brain is at rest, it starts making sense about our self and our relationships to others.”

Getty Images Photographer Breaks Down Olympic Hockey Assignment
—SportsBusiness Daily
“Getty Images has been the official photo agency of the International Olympic Committee since 1988. The company has 69 photographers and a team of editors uploading 2,000-plus images a day in Sochi.”