by Jason Hensel
baseball, basketball, music
Comments are off 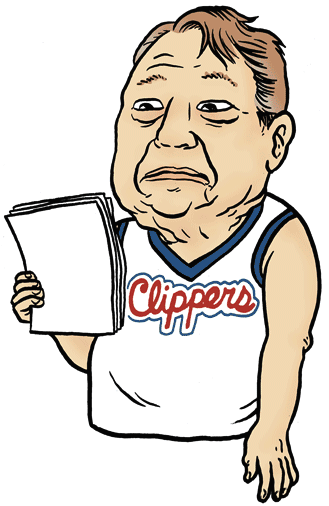 Unpaid Intern Files Class Action Lawsuit Against the L.A. Clippers
—Matter
“Frank Cooper, 29, interned for the Clippers in the fall of 2012 as a ‘fan relations intern,’ organizing autograph sessions, mailing season tickets, and distributing prizes. The suit claims Cooper ‘regularly worked between 40 and 50 hours a week.'”

DJs Don’t Even Have To Show Up To Venues Anymore
—Music Feeds
“…Clubcast is a new platform founded by EDM live-streaming service Mixify, which allows venues to stream an HD video feed of a DJ’s performance directly into their premises. Clubcast uses a two-way video system, so that not only can punters view the DJ, but the DJ can also watch their audience to gauge their reactions to the music and change their set accordingly.”

Performing Without Net: Stars of YouTube Take to the Stage
—The New York Times
“As YouTube personalities grow in popularity and prove more than flashes in the pan, traditional media businesses—talent agencies, book publishers and television networks—are rushing to capitalize. The biggest push has come from concert promoters betting that millions of clicks on popular videos will translate into ticket sales.”

Convention Center (Economic) Blues
—The Meeting Professional
“Nearly six years from the start of the great worldwide recession, convention centers are getting creative to keep their buildings full.”

For 1st Time in 93 years, UIL Basketball Tournament Likely Leaving the University of Texas at Austin Campus
—The Dallas Morning News
“With hotel pricing and availability a problem because of a scheduling conflict with the South by Southwest Music and Media Conference, the UIL will move the 2015 boys and girls basketball tournaments to San Antonio’s Alamodome.”