by admin
news, stadiums, World Cup
Comments are off 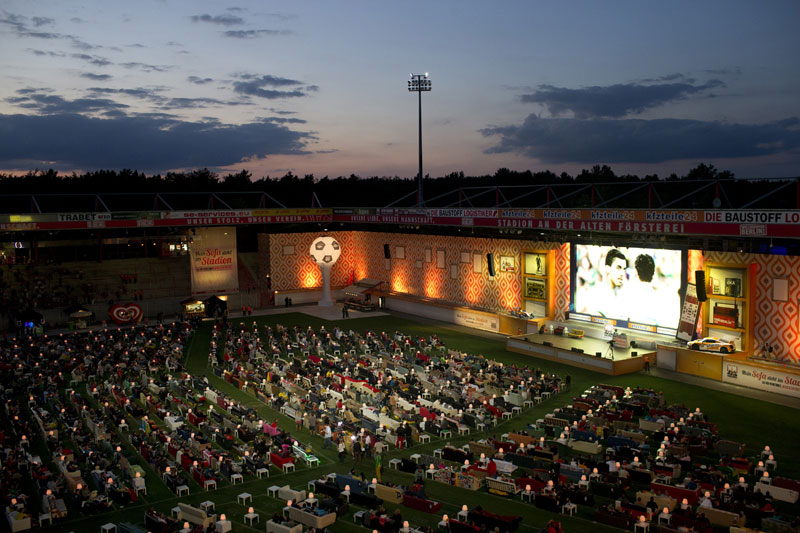 Stadium in Berlin Gets Transformed Into Giant Living Room for World Cup, Includes 700-inch Television
—TechEBlog
“Best of all, admission is free for the giant living room, known as WM Wohnzimmer, and it has room for up to 12,000 people.”

Dallas Summer Musicals Bolsters Theater Sound System with Technology for Hearing Impaired
—The Dallas Morning News
“The program offers hearing access in a number of ways, including a revamped sound system, upgraded and high-fidelity headsets, a loop system that is compatible with telecoils (known as t-coils) in hearing aids, and, the latest addition, frequency modulated (FM) ‘classroom compatible’ seating system, which is the same listening technology used in schools.”

World Cup 2014: Japanese Fans Clean Stadium After Losing 2-1 to Ivory Coast
—The Independent
“Despite seeing the Blue Samurais lose 2-1 against Didier Drogba’s team at the Arena Pernambuco in Recife, Japanese spectators armed with bin liners patrolled their side of the stadium and gathered up discarded litter…”

How to Manage Workplace Stress in Five Simple Steps
—The Guardian
“Stop telling yourself off and recognise what you need to be happy. And if all that fails, work out the cost to the bottom line and show your boss.”

How Data Beats Intuition at Making Selection Decisions
—Scientific American
“In predicting job performance, for instance, the predictions of hard data outperformed a combination of data and expert judgment by 50 percent.”