by R.V. Baugus
#asmglobal, #jaycooper, #kansascity, #tmobilecenter
Comments are off

“We are delighted to announce Jay’s appointment has General Manager of the T-Mobile Center,” said Ron Bension, President and CEO of ASM Global. “Having worked with some of the world’s leading venues, sports teams and event organizations, Jay will bring a wealth of experience and extensive industry relationships that will greatly benefit the facility.”

“I am excited and honored to lead the talented team at T-Mobile Center as General Manager,” Cooper 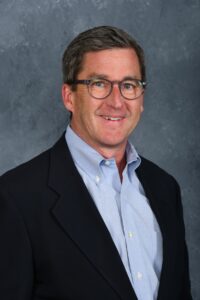 said. “Kansas City is a vibrant market and the staff of T-Mobile Center has an excellent reputation for delivering exceptional entertainment experiences. I am thrilled and look forward to collaborating with our team, the City of Kansas City and our partners to bring about the safe and timely return of live events to the Midwest.”

Cooper’s 25-year career with ASM Global began as General Manager of Nationwide Arena in Columbus, Ohio, where he was responsible for the pre-opening, marketing, booking and operations. He oversaw the development and management of the 18,000-seat arena which is the home of the NHL’s Columbus Blue Jackets along with numerous concerts and other professional sports. In addition, he has previously served in senior management roles at Toyota Park in the Chicago metro area (Chicago Fire), Tampa’s Amalie Arena (Tampa Bay Lightning) and Joe Louis Arena (Detroit Red Wings).

“Jay is an industry veteran who will optimize all aspects of venue operations and elevate T-Mobile Center as a community partner,” said Doug Thornton, Executive Vice President, ASM Global. “He also understands what our clients, staff and guests need to be successful and will be committed to exceeding their expectations.”

A graduate of the University of Iowa, Tippie College of Business with a bachelor’s degree in Business Administration, Cooper earned a Master of Arts degree in Sports Administration from Wayne State University in Detroit, Michigan. Cooper and his wife, Melissa, have two adult children and make their home in Kansas City.