Robert Bell has been named Director of Expositions at the Kentucky Exposition Center. After overseeing the Office of Veterinary Livestock Field Operations and previously working at Irvington Stockyard, Bell maintained livestock events and schedules for years.

“I’m honored to have the privilege to join the Kentucky Venues team, and I think the shows and events we produce 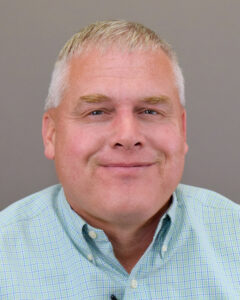 will be great,” Bell said.

Bell graduated from Western Kentucky in 1992 with a bachelor’s degree in animal science. To kick off his career in agriculture and livestock, he spent six years working at Irvington Stockyards, where he sorted and graded livestock to be bought and sold, and even purchased livestock himself.

For the next 20 years of his career, Bell worked at the Kentucky Department of Agriculture. Starting as an agricultural inspector in 1999, Bobby climbed the hierarchy to be promoted as an administrative branch manager in 2008, where he stayed in the position for 11 years. In this role, Bell prepared livestock schedules and room reservations for the Kentucky State Fair, the World’s Championship Horse Show, the North American International Livestock Exposition and all other livestock events at the Kentucky Exposition Center.

“I think what benefits me the most is the fact that I have been around agriculture and livestock all my life,” Bell said. “I was raised on a farm and have been traveling the country for different shows all my life, so this is nothing new to me.”

Ian Cox is assistant director of communications for Kentucky Venues.