After more than 25 years in state government, Paul Herberg, the Kentucky Venue’s Director of Human Resources, is retiring. Amanda Cloyd will step into the role following Herberg’s departure. 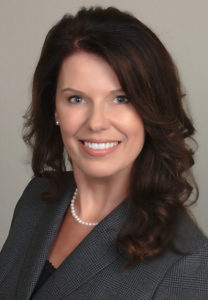 “I’ve enjoyed working with so many people at a wide variety of events and shows over the years,” Herberg said. “My work at Kentucky Venues has given me decades of great memories and I’m proud of the team I’ve worked with.”

“Paul has been a valuable leader to our team,” said David Beck, president and CEO of Kentucky Venues. “He has helped guide the direction of Kentucky Venues through hiring and nurturing our outstanding team. He’ll be missed at our organization both personally and professionally, but we’re also excited to welcome Amanda on board. She brings a wealth of experience that will serve our organization as we strive to continue to grow our business.”

Prior to joining Kentucky Venues, Cloyd served as the Human Resource Commander/Executive Advisor for the Kentucky State Police. Previously, she also worked in human resources at the Kentucky Court of Justice and Kentucky Department of Agriculture. In total Cloyd has more than 20 years of experience.

“I’m excited to join the Kentucky Venues team as the Human Resource Director,” Cloyd said. “I have big shoes to fill, but I look forward to promoting and developing Kentucky Venues’ most valuable asset: its people. For the last 20 years, I’ve focused on servant leadership and working alongside colleagues to problem solve and improve.”