The Board of Directors of the Metropolitan Pier and Exposition Authority (MPEA) announced that Larita Clark has been appointed CEO of the Authority. Since October, Clark has served as Acting CEO and CFO, and has been with the Authority since 1984. As CEO, Clark will oversee modernization efforts as MPEA continues to compete with other world-class convention centers, as well as work to ensure that the Authority is on sound financial footing.

“Selecting the CEO is one of the most important responsibilities for the board,” said Brett J. Hart, Chair of 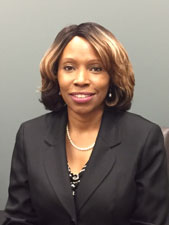 MPEA’s Board of Directors and Executive Vice President and Chief Administrative Officer for United Airlines. “Larita Clark brings outstanding operational and financial expertise that made her the right choice for MPEA. We have complete confidence that under Larita’s leadership, the Authority will continue to deliver outstanding service to our customers.”

The MPEA board conducted a search to identify a new CEO for the Authority following the resignation of Lori Healey, who stepped down from her post in October 2019. The board’s process included a review of joint recommendations by both the Mayor’s Office and the Governor’s Office.

I know first-hand that Larita has a deep understanding of our business and industry,” said David Causton, General Manager of McCormick Place/ASM Global. “McCormick Place extends its sincerest congratulations to Larita as she transitions into her new role. I am confident Larita will work hard to further the mission and goals of MPEA in 2020 and beyond.

“Larita Clark has outstanding credentials and a deep understanding of MPEA and the convention industry and I am confident she is the right choice to lead this organization,” said Governor JB Pritzker. “With decades of leadership and financial experience at the Authority, I know that Larita will be a strong partner as we work to attract more conventions to Illinois, grow our tourism industry and enhance MPEA’s campus and the surrounding communities.”

“The McCormick Place campus is critical to Chicago’s thriving tourism and convention industry, and Larita Clark brings the necessary leadership experience and financial acumen to ensure the continued success of this economic engine for our city and state,” said Mayor Lori E. Lightfoot. “Under the leadership of Larita and her team, the campus has grown, maintained a strong financial standing, and strengthened the diversity of its workforce and supplier base. I have no doubt that MPEA will continue to expand, increasing economic opportunities for every community across our great city.”

During her tenure with the Authority, Clark held various financial positions including Controller, Director of Finance and Administration of McCormick Place and Assistant Controller. As CFO, Larita was responsible for the financial, and administrative operations of McCormick Place, two hotels, the Wintrust Arena, and an energy center.

“I am truly honored to have the opportunity to serve as MPEA’s Chief Executive Officer and to work alongside a very knowledgeable and committed team dedicated to moving the Authority forward,” said Clark. “As we look ahead, I am committed to working alongside our industry partners as well as city and state partners to further enhance our customers’ experience throughout their visit and to ensure that MPEA continues to live up to our commitment to expanding Chicago’s global tourism profile while creating opportunities for the communities here at home.”

Cynthia McCafferty is president and CEO of Hawthorne Strategy Group in Chicago.