by Jason LoRusso
soccer, sports, stadiums
Comments are off 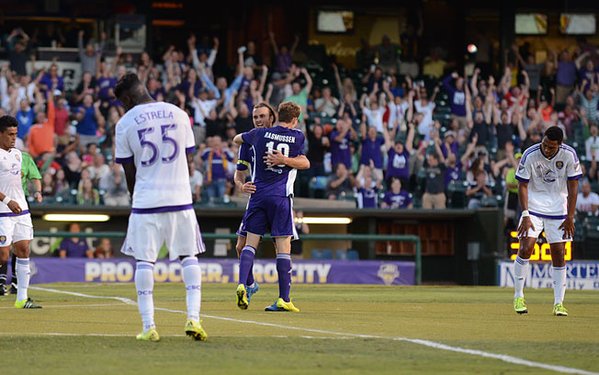 The City of Louisville took a major step in supporting Louisville City FC’s goal of building a soccer-specific stadium by announcing a $75,000 feasibility study conducted by CSL International that will examine four potential stadium sites in the Louisville, Kentucky, area.

“Professional soccer is off to a great start in Louisville, and a new soccer stadium could have many positive impacts on our economy,” Mayor Greg Fischer said. “This new investment in soccer will contribute to our authentic and vibrant community and give citizens one central team to rally around.”

Louisville City FC currently plays at Louisville Slugger Field, a minor-league baseball stadium where they averaged more than 6,000 fans per game for the inaugural 2015 season. Louisville City FC took over Orlando City’s USL Franchise after Orlando was awarded an MLS Expansion team in 2015 upon showing similar success at the lower level. As a member of the United Soccer League (USL), Louisville City FC must be in a soccer-specific stadium by 2020 per league policy, but Louisville City FC officials may be looking to follow Orlando’s lead and pursue MLS expansion rights to give Louisville its first team in one of the five major leagues (NFL, NBA, NHL, MLB, MLS).

The study’s results will provide the city an understanding of the potential to support a new 8,000- to 10,000-seat stadium that would have the ability to attract an MLS franchise to an expanded 20,000-seat stadium in the future.