by Jason Hensel
football, health, stress
Comments are off 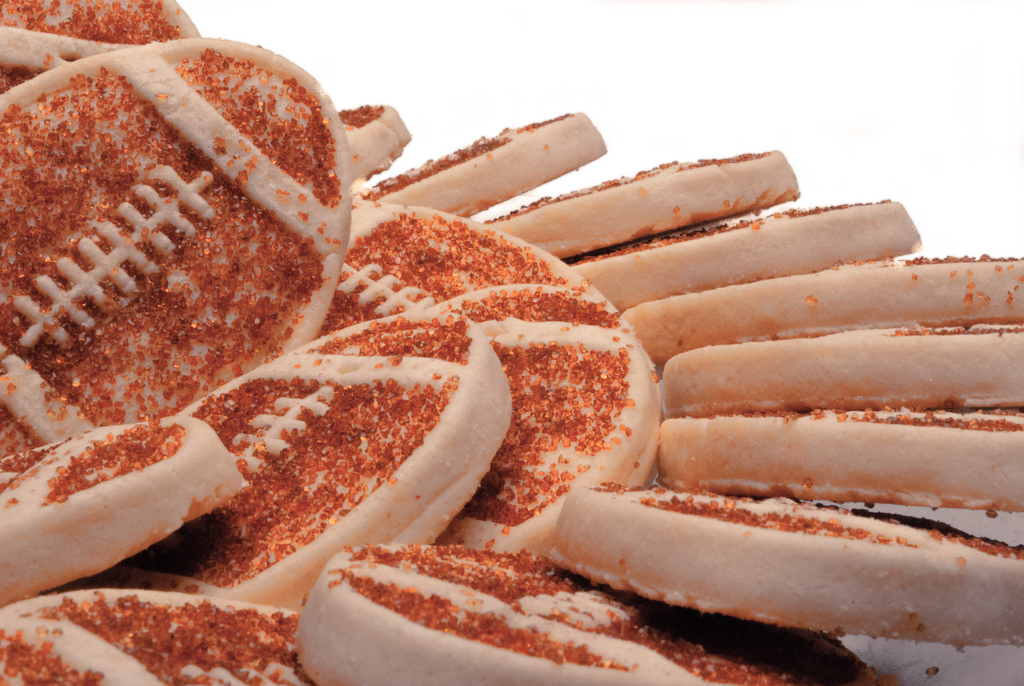 Well, football season is well under way and my beloved Dallas Cowboys are off to another start of predicted mediocrity. Since it’s what expected, I’m not stressed out. But maybe you have high hopes for teams and they’re not playing up to par. That might cause you a little anxious eating or drinking.

“Some people are stress eaters, and others tend to eat more when watching TV,” said Jody Gilchrist, a nurse practitioner at the University of Alabama at Birmingham’s Heart and Vascular Clinic at the Kirklin Clinic at Acton Road. “They are distracted by the entertainment and don’t realize how much they’re eating, and they don’t listen to their brains telling them they are full.”

Stress from overeating, drinking, and being on the edge of your seat can lead to increased heart rates and high blood pressure, too.

“The body doesn’t distinguish between ‘bad’ stress from life or work and ‘good’ stress caused by game-day excitement,” Gilchrist said. “It impacts your health either way.”

There are some things you can do, though, to help mitigate stress, and they’re illustrated below.

“Even the smallest choices can have a positive impact on your health, so make a point to incorporate many small changes rather than setting unrealistic goals, such as staying away from fun foods altogether,” Gilchrist said. 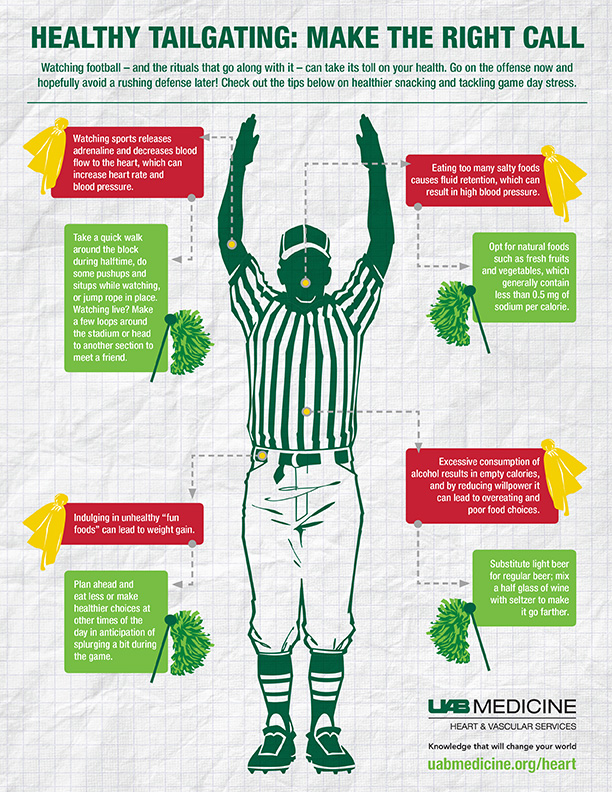 (infographic: University of Alabama at Birmingham)