Manchester Arena says it is “working extremely hard” to ensure it can reopen on time following the terrorist attack that claimed more than 20 lives in May.

SMG Europe, which operates the venue, is hopeful of work being completed in time for a John Legend concert on September 16. All 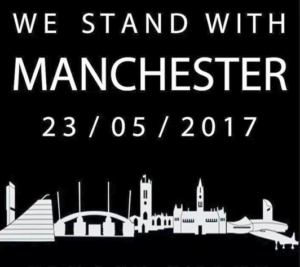 events have been cancelled at the 21,000-capacity venue since the attack at an Ariana Grande concert in which a suicide bomber killed 22 adults and children and injured more than 250.

With the nail bomb used by terrorist Salman Abedi also causing major damage to the venue’s foyer, the operator has confirmed that repair work is now under way.

In an update, Manchester Arena officials said: “The renovation work has now started in the main public area outside the arena and we are working extremely hard to ensure our re-opening in early September.

“We will continue to keep you informed as much as possible on our official re-opening date and up and coming show information. We still have some great events to announce for 2017 and of course 2018. You can find all show information on our Event Calendar page.

“We also want to express our thanks to all those who have contacted us with their kind wishes and support. Our ongoing thoughts and prayers still remain with all those affected by the atrocity that happened.”

Concerts by Take That, Kings of Leon and Radiohead are among those to have been cancelled in the last two months. Artists including Metallica, Phil Collins and Little Mix are due to play Manchester Arena before the end of 2017.