by R.V. Baugus
#gbacstar, #issa
Comments are off

By R.V. Baugus and ISSA

From airports to convention centers to hotels to arenas, nearly 350 facilities around the world have completed the annual reaccreditation process for GBAC STAR™ Facility Accreditation. The accreditation from the Global Biorisk Advisory Council™ (GBAC), a Division of ISSA, gives employees and visitors of these environments reassurance that the facility has the proper cleaning protocols, disinfection techniques, and work practices in place to combat biohazards and infectious diseases.

“Third-party validation of our cleaning, disinfection, and infection prevention procedures gives our 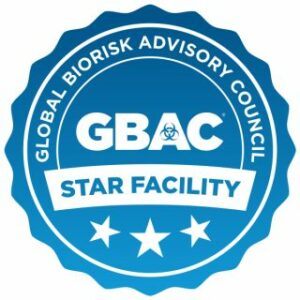 cleaning professionals, event hosts, and attendees confidence that the arena is taking the necessary steps to ensure safe and fun gatherings,” said Ignacio Guerra, senior vice president operations and engineering, Crypto.com Arena in Los Angeles. “We look forward to earning reaccreditation for many years to come.”

“Our customers have many options when choosing a venue to host their event,” said Emma Pietroleonardo, general manager, Edmonton Convention Centre. “Renewing our GBAC STAR Facility Accreditation sets us apart, and in turn helps our customers assure their attendees that their event meets the highest standards of cleanliness and safety.”

Facilities of all types and sizes are eligible to participate in the GBAC STAR Facility Accreditation program and are encouraged to pursue annual reaccreditation. The Accreditation Council reviews applications to ensure they align with the 20 GBAC STAR Program Elements, which each have specific performance and guidance criteria. Accredited facilities can then display the GBAC STAR seal to communicate their commitment to cleaning for health and infection prevention readiness.

“Renewing the Edmonton EXPO Centre’s GBAC Star Facility Accreditation was a no-brainer for us,” said Olaf Miede, general manager, Edmonton EXPO Centre. “Having safely welcomed over 158,000 attendees in 2021 guided by our Healthy Venues Plan, we’re continuing to prioritize the health and safety of our guests, clients, and employees.”

The latest facilities to earn GBAC STAR reaccreditation include:

Learn more and apply for GBAC STAR Accreditation at gbac.org/star.