To celebrate Johnson and his legacy, employees, colleagues and friends gave him a true New Orleans-style send-off complete with a traditional brass band and a second line parade. There was much clapping, dancing, handkerchief waving, singing, cheering, and even tears, as Johnson exited the building for the final time.

Johnson has led the nation’s 6th largest convention and exhibition hall through numerous renovations and improvements, including the addition of the $52 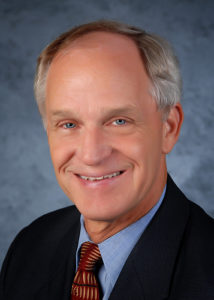 million Great Hall and Julia Street entry plaza. Most recently Johnson has been the primary visionary and driver behind the facility’s planned renaissance of Convention Center Boulevard to include a more pedestrian-friendly linear park, as well as the development of a series of mixed use hotel, residential, entertainment and hospitality and retail complexes onto upriver acreage owned by and adjacent to the Convention Center. These over $1 billion in improvements and investments are expected to be game changers in New Orleans’ effort to stay competitive in the meetings and convention industry.

“Bob Johnson has been instrumental in every major advancement undertaken by the Convention Center over the past 10 years,” said Ernest N. Morial New Orleans Exhibition Hall Authority Chair Melvin Rodrigue. The entire state’s hospitality industry is deeply indebted to Bob for his leadership and tenacity in helping to make our Convention Center one of the most utilized and recognized in the country.”

Among Johnson’s notable accomplishments are his leadership of the Convention Center’s recovery and ultimately, the City’s hospitality industry’s recovery following the devastating effects of Hurricane Katrina. The Center’s occupancy has returned to pre-Katrina levels and the City’s recently announced record number of visitors reflects that level of business improvement. Johnson has led several industry- pioneering initiatives including Center owned and produced events, a widely recognized customer excellence program and owning its own UPS Store franchise among others.

“I’ve had the most enriching career a venue manager could want through my early years at the Dome and culminating with my time at the Convention Center. Through my work, I’ve traveled around the globe but promoting New Orleans has always been my passion,” Johnson said. “I could not be more proud of what we have accomplished during my tenure at the Center, which is blessed with the most dedicated staff of any venue.”

Johnson’s venue management career spanned 46 years beginning in Winston-Salem, North Carolina where he graduated from Wake Forest University. Prior to joining the Convention Center staff, Johnson opened UNO’s Lakefront Arena which became recognized nationally as a leading concert venue of its size. He had a distinguished career with global facilities management company SMG, including a 10 year stint in New Orleans as the General Manager of the Superdome where he oversaw the hosting of NCAA Final Four Tournaments, Super Bowls, a Republican National Convention and the Papal visit.

Johnson is a long-time active member of IAVM and was a founding member of the New Orleans Sports Foundation.